The Visible Hand Of The Ad Market

The good news is major media appear – especially social media platforms – have been cleaning up their act, according to a variety of industry sources, including IPG Mediabrands’ release this week of the fourth edition of its Media Responsibility Index.

The bad news is that could all change very soon, based on signals being sent be the people running Meta, and one who may soon be owning Twitter.

According to Mediabrands, social media platforms have “showed continued improvement” across all of its index’s components, including ones contributing to social harm, like misinformation. While IPG did not provide a lot of explicit data on that, it did single out some stats including a “six point” year-over-year lift for Snap in terms protecting people and combatting misinformation, and an “eight point” “brand safety” lift at TikTok.

And while it’s unclear how much ad industry oversight things like Mediabrands’ index actually have, it is at least a factor. According to a Mediabrands survey, one-quarter of its clients have already adjusted their media mix based on the index’s findings.

And if money really does talk, the nearly $1 billion in damages that a Connecticut court awarded the families of the Sandy Hook shooting victims against Alex Jones should have an impact in dissuading others from spreading the kind of harmful misinformation he loves to spin – even if he says he’ll continue doing it. 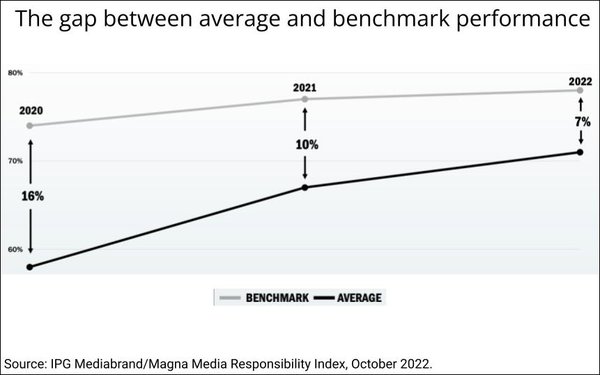