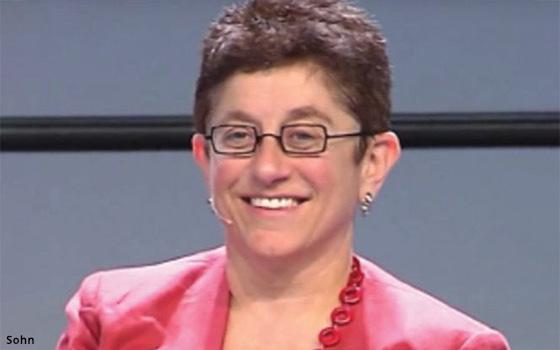 “The FCC needs a full commission as it begins to deliberate on upcoming critical decisions that will have profound impacts on the economy and the American people,” Accountable Tech, the Chamber of Progress, Free Press Action and nearly 250 others write in a letter to Sens. Chuck Schumer (D-New York), Mitch McConnell (R-Kentucky), Maria Cantwell (D-Washington) and Roger Wicker (R-Mississippi).

“Her life’s work is the embodiment of the FCC’s mission, and we simply cannot have a less-than fully functioning FCC to persist any longer,” the groups add.

The FCC has been politically deadlocked for more than a year, with two Democratic and two Republican commissioners. Until a fifth commissioner is confirmed, the agency appears to be unlikely to move forward with any controversial policies -- including passing net neutrality rules.

President Joe Biden tapped Sohn for the FCC nearly one year ago, and the Senate Commerce Committee advanced her nomination in a 14-14 partisan vote, but the full Senate has never held a confirmation vote.

The U.S. Chamber of Commerce opposed her nomination, arguing that she holds “extreme views” on issues including net neutrality, which would make it difficult for the FCC to reach a consensus.

Current FCC Chair Jessica Rosenworcel voted in favor of those prior rules, and has suggested she aims to restore them.

Some of Sohn's critics previously expressed concerns about her public criticism of Fox News. Notably, in October of 2020, during a hearing about social media, Sohn tweeted: “For all my concerns about #Facebook, I believe that Fox News has had the most negative impact on our democracy. It's state-sponsored propaganda, with few if any opposing viewpoints. Where's the hearing about that?”

The Wall Street Journal, which called attention to that tweet, suggested that Sohn would attempt to censor conservative media outlets.

But others, including prominent conservatives, say Sohn is a strong supporter of the First Amendment.

“I know Gigi. I have worked with Gigi. And I have seen her fight for people's right to express themselves, even when she disagrees with them,” Brad Blakeman (formerly a member ex-President George W. Bush's senior White House staff) wrote recently in Newsmax.

“Even when other liberals wanted to shut down conservative voices, Gigi stood up for free speech,” he added.

The groups that wrote to the Senate on Friday said that Sohn “has regularly worked with organizations representing diverse media interests and across the aisle to ensure all voices and views are heard both as a consumer advocate and as a government official.”