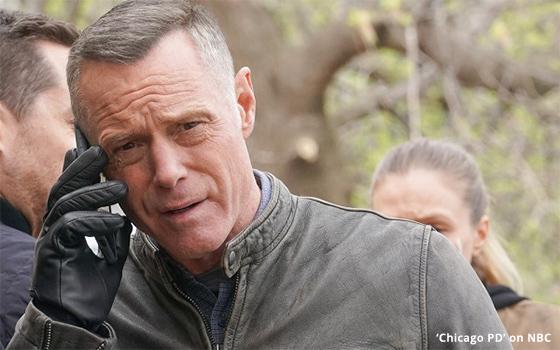 Oh my! How will advertisers and viewers ever survive without the 10-11 p.m. time period on NBC?

If the above lead sentence comes across as sarcastic, then it has done its job.

It is intended to be a gentle way of proposing that NBC's plan -- now under discussion -- to withdraw from the 10-11 p.m. (eastern) prime-time hour will not exactly leave advertisers with nowhere to spend their money, or viewers with nothing to watch.

On the contrary, it should go without saying that the TV biz is awash in content, and increasingly, commercial availabilities and sponsorship opportunities.

Coverage of this 10-11 p.m. plan here in the TV Blog has focused mainly on how turning the hour over to local affiliates would affect those stations.

Does it leave them in the lurch, scrambling to make plans for the hour so they can be ready for this sea change in time for its implementation, which possibly might arrive as soon as next fall?

Or will they be more than happy to say a hearty hale and farewell to their network overlords in the hour as they sense an opportunity in the network's exit from the time period?

Just this week in a panel session at the NAB Show NY trade show in Manhattan, one station group executive -- Hearst Television President Jordan Wertleib -- had a message for networks considering pulling back from the 10-11 slot: Bring it.

According to a story on Deadline.com, when Wertleib was asked whether he expects CBS and ABC to follow NBC’s lead if NBC eventually goes ahead with the plan, he answered, “I expect they will and I hope they will.”

Hearst Television owns and operates 37 stations, many of them affiliates of NBC, ABC, CBS and The CW.

“There was general consensus [on the panel] that the NBCU move was the likely direction of things,” Deadline reported.

“[Wertleib] and [Valari] Staab [chairman of NBC Local] both said media companies are reckoning with the fact that in a world of secular ratings decline, with streaming services controlling the largest chunk of scripted TV viewing and attention, the costly process of programming three hours every night is due for re-examination,” the Deadline story said.

“Not only would significant expense be eliminated, but the media companies could also benefit via their owned stations, as would major stand-alone groups like Hearst.

“Valari made a good point and it applies to all the networks,” Wertlieb is quoted as saying. “Take those resources and invest it in a really strong 8-10 block and the entire ecosystem improves.”

Let the record show that there has been no news recently that the plan is being considered by either ABC or CBS.

Indeed, CBS CEO George Cheeks said in a statement released to Deadline that CBS has no plans to exit the hour. “We are committed to 10 p.m. and continuing our ratings success in that time period,” said the statement reported by Deadline.

Clearly, this idea is out there and in flux. Perhaps NBC will do it, and the others will not -- at least until they see how it is working out for NBC.

For all of the broadcast networks with skin in the 10-11 p.m. game, getting up and walking away from it could be risky. The perception that network TV is in decline is one thing. But actually cutting back on prime time turns that perception into a reality.

Will viewers miss their 10 p.m. network dramas? And does that even matter? The strength of the 10-11 time period has been called into question for years as viewers use the hour to go elsewhere -- to streaming or the shows that have piled up on their DVRs or non-broadcast networks such as HGTV.

So what if a show such as “Chicago PD” on NBC (pictured above) loses its 10 p.m. Eastern home?

Like the hundreds and hundreds of other hours of police, fire and hospital procedurals produced over the last 30 years, “Chicago PD” will stay alive in the TV universe for as long as there are stars in the heavens. So, why make any more of them?