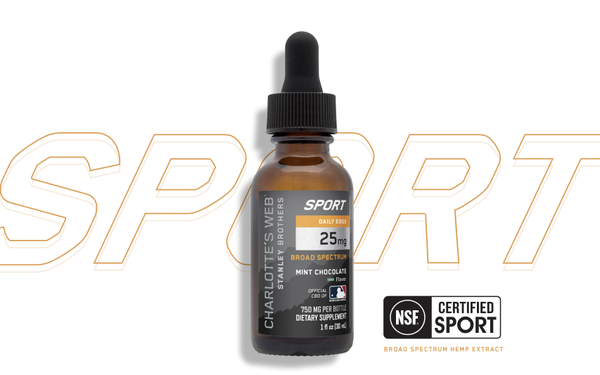 Under last week’s designation, Charlotte’s Web becomes the “Official CBD of MLB”—which in June said it would allow teams to enter sponsorships with CBD marketers.

Describing its relationship with MLB as a “multiyear, strategic partnership,” Charlotte’s Web will issue 6,119,121 shares of its common stock to the sports organization—worth about $4.4 million as of this morning.

In addition, the deal requires the company to make payments to MLB through Dec. 31, 2025.

According to a Securities and Exchange Commission filing, Charlotte’s Web will pay an “aggregate rights fee of $30.5 million and a 10% royalty on the company’s gross revenue from MLB-branded products of the company sold after prior sales of all such branded products exceed $18.0 million.”

“Charlotte's Web will have a premiere brand presence at MLB's Jewel Events, including All-Star Week, Postseason and the World Series” through marketing, media and ballpark activations that connect to the league's fan base of over 180 million Americans,” the company said in a news release.

According to research from Brightfield Group, Charlotte’s Web was the leading U.S. CBD company in the second quarter in terms of dollar share, followed by Your CBD Store, Medterra, CBD American Shaman and cbdMD.