Local Media Specialist Harmelin Turns 40, Shares What's In Store For The Next 40 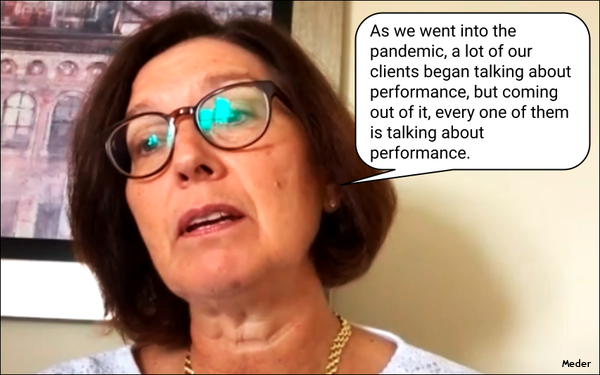 All things considered, local media specialist Harmelin Media would still rather be in Philadelphia as it celebrates its 40th anniversary today. The women-owned shop founded by Joanne Harmelin in 1982, is now led by another woman, president Mary Meder, who oversees a team of more than 300 people responsible for more than $1 billion in local media for some of the nation's largest brands.

In the following interview, Meder and Chief Revenue Officer Scott Davis share who Harmelin's future is tied to its past and where they are investing to in the talent and tools to get there.

MediaPost: One of the cool things about being from Philadelphia is it is where the modern day advertising agency business got started.

Mary Meder: Exactly. And when I first started, I worked with people who had worked for N.W. Ayer, so I learned that early on.

MediaPost: Forty years is an important milestone for any media shop. So what does it mean to be a 40-year-old media agency based in Philadelphia?

Meder: For us, it has always been about what’s next. What else can we do? How can we better serve our clients’ needs? What can we be building now that will pay off down the road for us. It’s been a constant evolution of departments and specialties. The people we’re hiring now are data-centric, they are performance marketing-centric, they’re engineers by trade and data scientists by trade. And combining them with the skillsets of our amazing strategic planners, as well as the activation team who understand the nuances of making the plans works as well as they can.

At Harmelin, we’ve always been local market specialists. And even with the large national brands we work with, we can do their national awareness work – you know, brand-building – but everyone needs to build their brand in certain markets. And there are certain markets that perform better than others and local advertising and media really is in the nuances, if you want to do it well.

Scott Davis: “The definition of local has changed over time. When we first came up with the realization that we are a local market speciality company, it was about DMAs and MSAs and now it’s about zip codes and neighborhoods and being able to be that local. And we had to build the tools to be able to get down to analyzing neighborhoods in a very effective way.

MediaPost: Harmelin has a history of innovating. You were an early adopter of programmatic media-buying. You developed a COVID planning speciality early on. And you have clearly been an innovator in understanding hyper local media and markets, but in an era of global addressable media where Chinese companies spend billions of dollars targeting individual Americans online, and D2C brands usurp legacy brands overnight, does physical geographic even mean anything anymore?

Davis: Retail is one of our largest categories and location absolutely matters to retailers. And while most of them have an ecommerce component, but when it comes down to something like a supermarket chain, you need to understand that one store may have a very different audience than the one eight miles down the road from them. You can’t just treat a market like it’s one homogenous thing.

MediaPost: We’re also at a time when you can use mobile data to geolocate people and know where they are moving from and to. So is the concept of “local” becoming more about what individual people are doing than fixed geographic locations? I mean, they’re often in a store with an app browsing or doing comparative shopping and it’s not even always clear whether they’re making a purchase in-store or online at this point. With physical and digital boundaries blurring so much, how does that change the way a local market specialist agency thinks about geography?

Davis: We have to. And while we often say we are the most local-centric agency, sometimes we change that to say we are “the most nuance-focused agency,” because while geography may matter less and personalization may matter more, understanding the differences in how people buy and engage with brands is becoming more important.

Even if physical geography isn’t as important as it once was in some cases, we still think nuance is an ownable position for Harmelin.

MediaPost: Are there any competitive advantages about your geography – having your physical plant in Philadelphia?

Meder: It’s been great for recruiting talent. It’s a great place to live and it’s close enough to New York and Washington to be able to see clients and things like that. But our headquarters is actually getting less important, because probably a quarter of our staff is located across the country.

But even more than our physical location, I think it’s the culture of Harmelin that enables us to hold on to our people. And they do an amazing job of holding on to our accounts. We get new people at our clients all the time, and whenever we go to make a presentation to a new CMO or a new CEO, I tell our people to make sure we tell them we’ve worked for them for 11 years and that we have the same team and how they’ve grown with us.

It’s important to us that our staff is so consistent. When we do new business pitches, clients see that we’ve been together a long time. And that we get along, which is important.

MediaPost: On your 35th anniversary, we reported that Founder Joanne Harmelin was stepping down and turning day-to-day operations over to you. How involved is show now?

Meder: I’ve been here 35 years and as president fo the past 20. Joanne is still CEO and while she’s not involved in the daily operations she’s still extremely aware of everything going on at Harmelin.

MediaPost: So what do the next 40 years hold for Harmelin Media?

Meder: Performance and measurement. Because we are so nuanced in our approach to geography and understanding our clients’ consumers, we have to build tools that allow us to really dissect our clients’ budgets do a full funnel approach. They still need to generate awareness and build a brand, but also working from the bottom of the funnel back up again. We just hired a new vice president of performance marketing, because as we went into the pandemic, a lot of our clients began talking about performance, but coming out of it, every one of them is talking about performance.

Davis: And we’re building this the way Harmelin has always built things over the years. We’re 40 years in business and we’ve never participated in a merger or an acquisition. We’ve growth form a small company to one of the largest independents organically. And every time we’ve launched a new product or service, we’ve launched it our way, because we have a unique understanding of our clients. Whether that was SEO, or “influencer,” or ecommerce, we built them. We brought in outside talent, but we did what other companies might have considered to be the longer path and done it in-house. And it’s totally paid off.