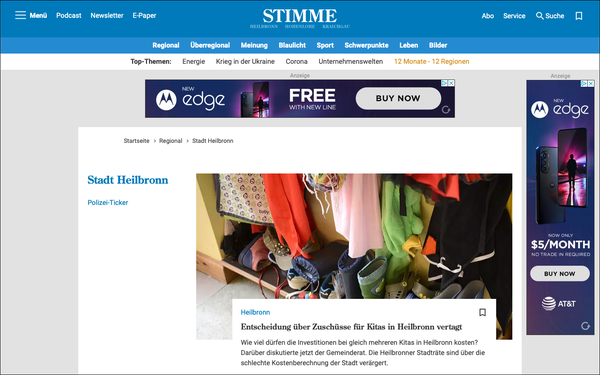 A German newspaper, Heilbronner Stimme, has had its printing capacity crippled by a hackers.

The firm came out with an “emergency edition,” consisting of six pages on Saturday, according to the security site Bleeping Computer. This occurred after a “well-known cybercriminal group” encrypted the firm’s systems and left ransom notes on Friday night, Bleeping Computer reports.

The regional paper has lifted its paywall, and is posting obituaries on its website. The paper normally has a print circulation of 75,000 copies.

The attack has also affected Stimme Mediengruppe,  which also includes ‘Pressedruck’, ‘Echo’, and ‘RegioMail.’ Echo has a 250,000 circulation.

The episode points out the vulnerability of publishing companies with a large print presence. In addition, there were problems accessing Echo content on its website, Bleeping Computer continues.

The company is working with police and cybersecurity experts in the state of Baden-Württemberg, to resolve the problem.