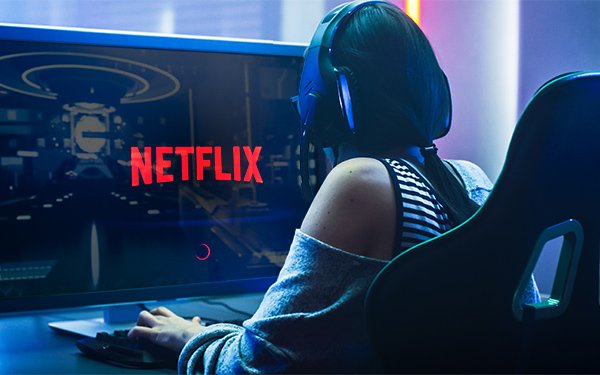 According to TechCrunch, the streaming giant will open a new gaming studio in Southern California and is “seriously exploring a cloud gaming offering.”

“It’s a value add. We’re not asking you to subscribe as a console replacement,” Verdu said. “It’s a completely different business model. The hope is over time that it just becomes this very natural way to play games wherever you are.”

This type of accessible cloud-based gaming doesn’t involve a specific console or expensive gaming computer, and has recently been adopted by Google and Amazon, although their respective services -- Stadia and Luna -- have not been successful in garnering mainstream adoption.

Just weeks ago, Google announced it will shut down Stadia early next year due to rising costs but will repurpose the technology, which Vice President and General Manager at Stadia Phil Harrison wrote in a post “has been proven at scale and transcends gaming” but has not “gained the traction with users that we expected.”

Onstage at Disrupt, Verdu voiced his belief that while Stadia was a technical success, it had “some issues with the business model.”

Regardless of Netflix’s plans to develop its own cloud gaming service, the company will continue to invest in developing games for mobile -- indicative of its plan to open its fifth internal studio, this one in Southern California.

Netflix recently announced that it has 55 games in development, with 35 games on the service now.

The new California studio will be led by Chacko Sonny, the former executive producer of “Overwatch,” a Blizzard Entertainment game that netted billions of dollars.

In its Q3 earnings on Tuesday, Netflix said that it added 2.4 million subscribers––a better result from earlier this year when the company reported losing subscribers for the first time in over a decade. In November, Netflix will roll out its first-ever ad-supported plan.