Abbott Sales Down For Infant Formula, COVID Tests, Up For Diabetes Market 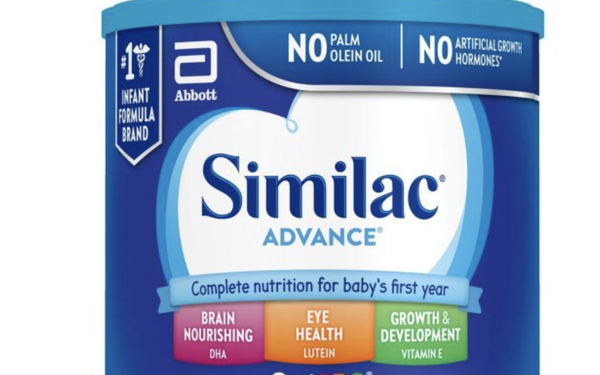 Abbott, a healthcare company immersed in two turbulent product categories -- infant formulas and COVID-19 testing -- reported third-quarter sales of $10.4 billion. This marked a 4.7% decrease year-over-year, but the firm stressed that its numbers were up 1.3% on an organic basis, which excludes the impact of foreign exchange rates.

During the quarter, Abbott restarted production of its infant formulas following a February shutdown of its Sturgis, Michigan-based manufacturing plant due to a bacteria-related recall followed by storm damage. Production of EleCare and other specialty formulas resumed in July, followed by Similac formulas in September, said Robert B. Ford, Abbott chairman and chief executive officer, during a Wednesday earnings call.

The Similac products should be reaching retail shelves over the coming weeks, Ford added.

“We conducted an analysis of the U.S. infant formula market and concluded that this country would benefit from more manufacturing capacity and redundancy,” Ford said. “As such, we’re moving forward with plans for a half-billion-dollar investment in a new U.S. nutrition facility.”

COVID-19-test-related sales during the quarter were $1.7 billion, a decrease of some 10% from 2021’s $1.9 billion, but still “significantly” higher than what Abbott had expected. Yet, with Ford calling COVID-19 an “endemic” rather than a pandemic, (a downgrading that means the disease has become more stable and manageable), Abbott now forecasts fourth quarter COVID-test-related sales at just $500 million.

Ford said the third-quarter decline from 2021 was due to lower demand for laboratory-based tests, while sales of BinaxsNow and other over-the-counter rapid tests to consumers were similar to a year earlier.

If there’s a COVID surge in the fourth quarter or later, Abbott is ready to scale up very quickly to meet demand, Ford said.

One bright spot for Abbott during the third quarter was the FreeStyle Libre continuous glucose monitoring system for diabetes patients, which saw the launch of Libre 3 with up-to-the-minute readings.

FreeStyle Libre sales during the quarter came to approximately $1 billion globally, with 4.5 million global users and U.S. growth of more than 40%.

Eying a market of Type 2 diabetes patients who currently inject insulin with pens or syringes, or who don’t use insulin at all, Ford noted that Abbott announced manufacturing expansion during the quarter. Abbott’s diabetes “franchise,” he said, is expected to reach $10 billion in sales by 2028, with a “pathway” of 15 million to 20 million users.