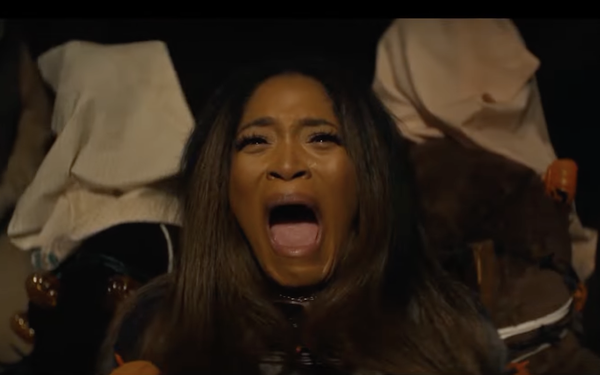 Uber Eats celebrates Halloween memorably with this spooky ad that reminds viewers to stock up on candy.

As a “warning” states, there is $1 million in hidden candy promo codes during the almost-4-minute film called “Don’t Run Out.”

The film, via Kamp Grizzly, starts with Keke Palmer of the recent film “Nope” checking the house candy bowl. “I thought you two were on candy duty,” she says to two of her housemates, who are watching TV.

When Palmer asks where the candy is, a male housemate replies that he gave it to Jeremy. After Palmer leaves, the two mock her for her superstitions about Halloween, including her fear that someone will disappear.

Then, the lights go out. When they come back on, a record player starts spinning. Then Palmer hears strange noises.

The next thing we see is a masked person clobbering one of the housemates.

Palmer then confronts a masked intruder. “Candy?” she asks. “This is about candy?” The boy then takes off his mask and then another one to reveal a monster puking candy corn.