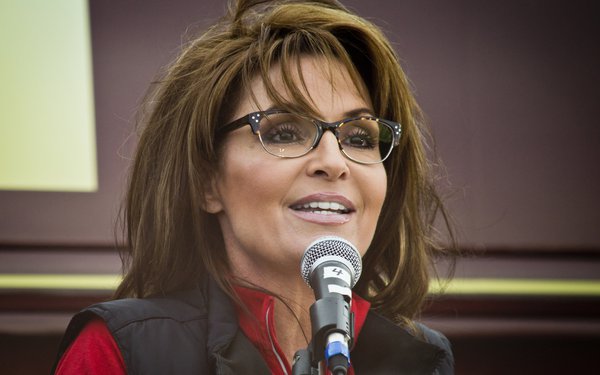 Sarah Palin, former Alaska governor and now a Congressional candidate, has asked the U.S. Court of Appeals for the Second Circuit, to restore a libel suit she had filed (and lost) against the New York Times.

Observers say that Palin is trying to do more than merely win a case: she is one of those seeking to bring down the Supreme Court’s 1964 decision: The New York Times vs. Sullivan.

Is the news industry heading for its own version of the Dobbs decision throwing out Roe v. Wade, with an overthrow of the Sullivan precedent?

Not necessarily, despite the aggressive stance of Time magazine reports that “there’s little appetite” for such an action even among judges named to the bench by Donald Trump.

“The Reporters Committee for Freedom of the Press has reviewed more than 100 rulings citing Sullivan that were authored or joined by a Trump-appointed judge, Time writes. “Of all the judges in all these cases, only Justice Gorsuch has shown a desire to reconsider the decision.”

As most journalists know, the Sullivan decision contained the “actual malice rule,” which said that journalists can’t be penalized for good-faith mistakes when covering public officials, as Time describes it.

Even such a Trump-appointed SCOTUS Justice like Brett Kavanaugh offered a “spirited defense of the actual malice rule” when serving on the D.C. Circuit.

Time concludes, “Unlike the fall of Roe v. Wade—which followed a concerted decades-long campaign to carve away at the 1973 abortion rights precedent—genuine opposition to Sullivan’s unanimous holding is rare.”

It explains, “That’s in part because Sullivan protects voices on both the left and the right from the enormous chilling effect that Justice Thomas’s originalism might reimpose by reverting to anachronistic standards of libel law that were followed in Georgian England.”

Palin sued the Times in 2017, alleging that the paper defamed her with an editorial titled “America’s Lethal Politics.” According to the Law Journal, this falsely linked Palin’s political action committee to a mass shooting in Arizona.

“The following morning, the Times attached a correction to the story that disavowed any causal connection,” the Law Journal recounts.