How The Ad Industry Can Fix Greenwashing, Overnight 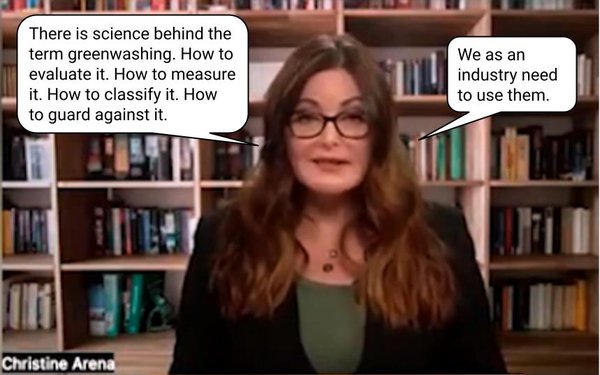 The good news is that the ad industry is finally taking its role in the climate crisis seriously -- and taking actionable steps to not just offset the impact of carbon, but to actually reduce it.

Initiatives like Ad Net Zero, GroupM’s industry standard for calculating the carbon outputs of media, and Interpublic’s decision not to take new business from clients not meeting its own internal standards are steps in the right direction.

But the real pressure is coming from the outside in, as evidenced by two Congressional hearings on the ad industry’s role in greenwashing, as well as the first ad industry symposium on it hosted this week by the Institute for Advertising Ethics (IAE).

If you read my coverage of the symposium, you will see that it’s not just a matter of advertisers and agencies doing the “right thing.” It’s also about them avoiding the wrong things: bad clients, bad client marketing briefs, bad campaign executions lacking critical thinking, and ultimately bad liabilities from civil litigation and regulatory actions.

"As agency people, I think we need to lead from the front," Dentsu Chief Strategy Officer Sarah Ivey challenged attendees during the IAE symposium, adding that it's time for agencies to apply more critical thinking and to have "tougher conversations" with clients when developing strategies and campaigns -- not just for climate-related issues, but things like social justice, inclusion, diversity, and equity -- to make sure their messages live up to their actions.

The problem, Ivey explained, is that the ad industry is steeped in a culture based on a "willingness to win." And while that may make sense in many areas of free enterprise where hype, puffery and some exaggeration may seem permissible, it's no longer the case when dealing with high-stakes messaging that can harm people's health, lives and livelihoods.

Another problem is that the guardrails may not be easy to discern, because greenwashing falls along a spectrum from unintended exaggeration to willful deceit and disinformation.

But experts agree that regardless of a campaign's intent, regulators, litigators and average consumers will increasingly be holding advertisers and their agencies accountable for distorting their role in the climate crisis.

When pressed for a solution by a Congressman during last month's hearings, Generous Films CEO Christine Arena gave a simple and eloquent answer: "rules around disclosure."

The problem, she said, is when fossil-fuel marketers "over-index" their environmental claims in a way that boosts their reputations disproportionately with the reality of what they are actually doing.

And while she did not elaborate in her testimony what those rules should be, she provided Congress with a detailed briefing document. And during this week's IAE symposium, she challenged that there are not already guidelines for Madison Avenue to draw on.

“There is science behind the term greenwashing. How to evaluate it. How to measure it. How to classify it. How to guard against it," Arena told attendees, adding: "The social science community has provided us with a peer review framework. We as an industry need to use them."

And that got me thinking of about a very simple and practical application for executing it. The funny thing is that it draws on something industries -- including advertising and media-buying -- already are utilizing: offsets.

But instead of carbon offsets, or methane offsets or "emissions offsets," I think we should call them "omissions offsets," because if you listen to Arena -- with the exception of the most egregious examples of misinformation and disinformation, most greenwashing has more to do with omitting facts that are necessary for consumers to put greenwashing claims into a proper context. You know -- to appropriately index them.

So here's my idea: Utilize the established social science about greenwashing to develop an index that advertisers and agencies can used to disclose the proportionate facts necessary to offset -- and rebalance -- their green claims.

In other words, go ahead and brag about your biofuel development initiatives, but just make sure you counterbalance it with a full disclosure about how it correlates with all your fossil-fuel efforts.

It's not an entirely new concept. It's one that has been employed by the tobacco industry for years, albeit one that was forced on them following years of costly litigative and regulatory efforts.

I mean, have you looked at a pack of cigarettes or a tobacco ad lately?