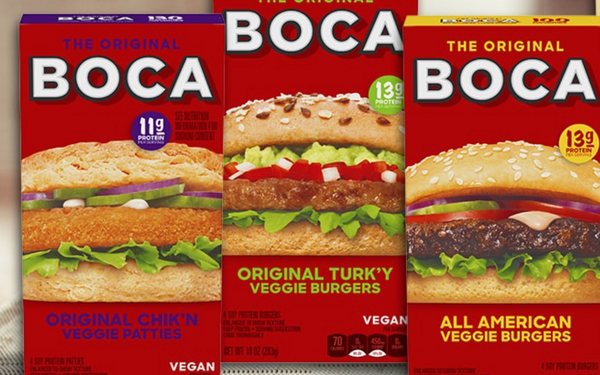 When it comes to plant-based meat alternatives, taste/texture and price have always been among the main hurdles to consumer trial—but price has risen to the forefront in a big way.

That was when food costs were just starting to spiral.

Beyond pricing, what hasn’t changed are the underlying dynamics that draw people into the plant-based category—or not.

In this interview, edited for brevity and clarity, Brightfield Group senior director of insights Meg Bluth talks about those product and marketing factors.

CPG Insider: What did your survey reveal about plant-forward consumers?

Bluth: Fifty percent reported purchasing red meat in Q2. That was up from 41% in Q4 of 2021. They were also decreasing their purchases of things like plant-based burgers and cheeses and other key product areas.

This group strongly believes that plant-based foods are healthier for them and the environment. But they were stepping back because of economic distress.

CPG Insider: Regardless of price, have plant-based brands fallen short on things like flavor and texture and how they promote themselves?

Bluth: There definitely has to be a real focus on flavor and texture and meeting the expectations that people have, so they want to repeat and come back and tell others. It’s definitely been an issue for the industry.

There are some people who have come out of their experience and the texture did not match at all what they were expecting. And so hitting the mark on that, along with [providing] innovation, is going to be important.

CPG Insider: What about the marketing side?

Bluth: Hand in hand with flavor and texture could be messaging focused around something like “just one more meal”—giving people more of a nudge to add a plant-based meal tonight. Remind them there’s a reason they should want to do it, along with the idea that you don’t have to replace every meal. There could be a lot more volume to that.

CPG Insider: What was one of the more positive aspects of the survey?

Bluth: One of the brightest shining stars that we’ve consistently seen is plant-based frozen meals and bowls. We saw everything else decline in the second quarter, but they rose 5%. There are plant-based prepared frozen meals at all different price points—just like their meat counterparts. Additionally, I think consumers tend to allot frozen meals a little more leeway when it comes to taste and texture than they would for fresh-food categories.

CPG Insider: Some refrigerated plant-based meats don’t look too appealing. Is that also a factor?

Bluth: For sure. Most of the time, frozen is in a box. You’re not seeing the food. And you’re expecting something a little more packaged and processed. We know that things like Boca Burger and Gardein have been doing well for a long time. But if someone put them in plastic wrap, they wouldn’t be so appealing. They don’t have that nice, fresh look of meat.

CPG Insider: Can we expect to see a market shakeout in plant-based given the continuing hurdles?

Bluth: We’re seeing signs from the market that manufacturers are feeling the pressure of less-than-stellar loyalty and adoption. I suspect that we’ll see some companies leave the market altogether as this economic depression makes it harder for consumers to justify the costs of some of the more expensive alternatives.

CPG Insider: Was it reasonable to expect that every McDonald’s outlet would carry a plant-based burger?

Bluth: I certainly don’t think McDonald’s expected that they’d have their plant burger in every store. And I don’t think KFC truly believes that Beyond Chicken nuggets will be a full-time staple on their menu. Plant-based foods in the fast-food arena are a short-term volume play and bit of a novelty to get people in the door and get some press.