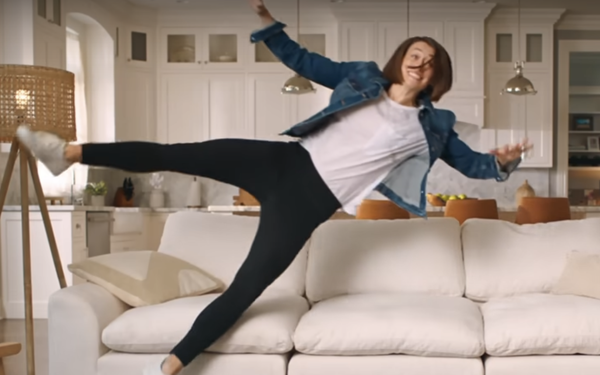 As it repositions itself as a retailer of furniture and home furnishings, Overstock is aiming for Gen-Xers with a new ad campaign themed “Get Comfy.”

The ad, via Ocean Media, is backed by the theme from the 1970s show “The Partridge Family” (“Come On, Get Happy”) and shows happy people falling onto their couches and beds.

The ad also takes some liberties with the song’s lyrics. “Hello world, there’s a song that we’re singing” changes to “Hello world, it’s time to do some shopping.”

In evoking the tune to cater to Gen-X nostalgia, the ad is reminiscent of a 2012 ad for the Honda Pilot, which featured a young family bonding by singing Ozzy Ozbourne’s hit “Crazy Train.”

The effort comes after Overstock added a new CMO, Angela Hsu, in April. Hsu had formerly held posts at Lamps Plus, News Corp. and Warner Bros.