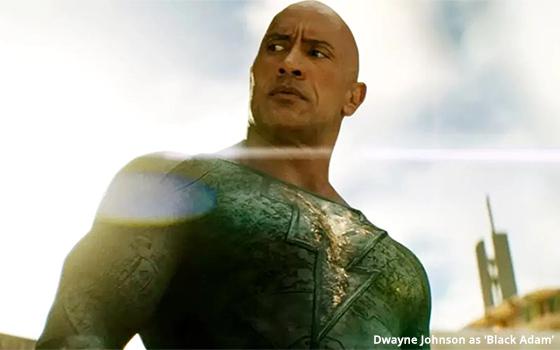 With the help of a national TV airwaves $21.7 million in overall TV spend, per iSpot.tv, "Black Adam" opened to a strong $67 million in U.S. and Canadian box-office revenue this past weekend, according to Comscore.

“This is a solid debut for the latest from the DCEU [Warner Bros’ DC Extended Universe] and solidifies [Dwayne] Johnson as one of the few true movie stars in the business,” said Paul Dergarabedian, senior media analyst, for Comscore.

While "Adam" scored Johnson his biggest opening in a leading role, it’s a relatively modest start for a superhero movie, according to analysts.

Also starting up this past weekend was Universal Pictures' "Ticket to Paradise" -- starring George Clooney and Julia Roberts -- which posted $16.3 million, on 3,543 screens.

“[The movie] delivers a good old-fashioned moviegoing experience and should do well in the weeks to come as it closes in on $100 million in global receipts,” says Dergarabedian.

Two returning horror movies were next: Paramount Pictures “Smile” in its fourth week got to $8.4 million, while Universal’s “Halloween Ends” in its second week scored $8 million.