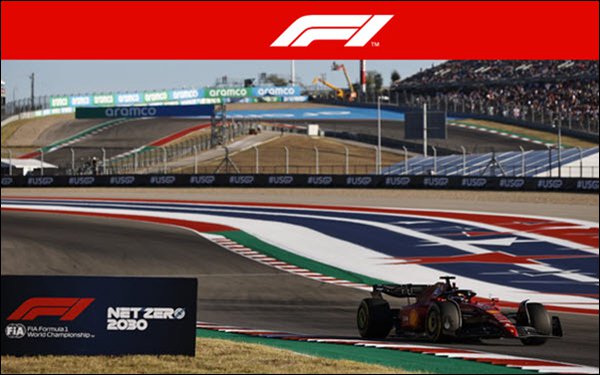 Disney and Formula 1 owner Liberty Media have extended their U.S. distribution agreement, continuing U.S. broadcast coverage of the racing series — which is enjoying unprecedented popularity in the U.S. — on ESPN, ESPN2 and ABC until 2025.

At least 16 races will air on the networks each season — more than during each of the previous five years since F1 returned to ESPN Networks in 2018.

ESPN Deportes will continue as the F1’s Spanish-language network in the U.S.

All race broadcasts will continue the “commercial-free” presentation used over the past five seasons, courtesy of presenting sponsor Mothers Polish. Mothers also sponsors the practice and qualifying telecasts and re-airings of races. CrowdStrike is the presenting sponsor for “Grand Prix Sunday.”

When NBC Sports Group dropped F1 in 2018 after five seasons, leaving the sport without a U.S. outlet, ESPN picked up the U.S. rights without having to pay a fee. ESPN paid $5 million per year between 2019 and 2022.

The new agreement also includes expanded direct-to-consumer rights, giving ESPN the ability to expand F1 coverage to more media, including ESPN+. Specifics on that are still be announced.

ESPN studio shows including “SportsCenter” will continue on-site coverage from races in the U.S., including a new race in Las Vegas next year, with coverage at other races potentially added. ESPN also create additional F1  programming over the next three years.

All race weekends will continue to include live broadcasts of all practice sessions, qualifying (including the F1 Sprint) and races, as well as pre-race and post-race coverage. The new agreement includes an increased focus on qualifying, with more sessions airing on ESPN or ESPN2.

Through a partnership, UK-based Sky Sports allows ESPN to use its race and practice productions.

Netflix’s reality series about F1, “Drive to Survive,” is widely credited with having created unprecedented mainstream interest in the sport in the U.S. The boom inspired F1 to add a third race in the U.S., to be held in Las Vegas next year.

Viewership — and sponsorships — are also expected to get a boost from another just-announced development: Logan Sargeant will likely drive for the Williams team in 2023, making him the first American driver since 2015.

Last year set a record as the most-viewed F1 season ever on U.S. television, with an average of 949,000 viewers per race. That average has increased to seven figures in 2022, according to Formula 1.

Earlier this year, the inaugural Miami Grand Prix broadcast on ABC generated an average viewership of 2.6 million, the largest U.S. audience on record for a live F1 Grand Prix.