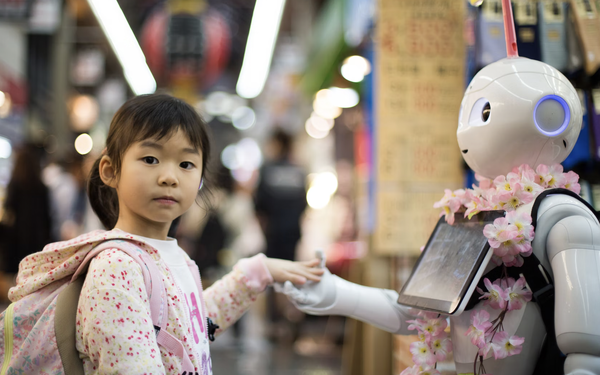 Someday soon—perhaps this holiday season—you will be confronted by a robot at retail.

Such machines have been in use since at least 2016, when Lowe’s, the home-improvement chain, introduced LoweBot, an autonomous, in-store robot, according to CNBC.

Since then, robots have become part of the retail landscape. Sam’s Club and Walmart have robots that scrub the floors and IKEA uses trucks that deliver inventory autonomously over Texas roads.

But is it possible that more robots and AI systems will be headed to retail? The global AI in retail market is expected to experience a compound annual growth rate of 24.4% over the next six years, according to Reportlinker.com.

Currently about 25% of retailers have robotics solutions in their stores and almost half say they “will be involved” with robotics during the next 18 months, according to a survey from RetailWire.

Here are some robots you’re likely to see at retail this holiday season:

Walgreens: The pharmacy chain is tapping robots to ease the burden on its pharmacists, according to The Wall Street Journal. The goal is to give pharmacists more time to provide vaccinations and do patient outreach.

Walmart and Albertsons: Both retailers have deployed robotic pickup kiosks for customers.