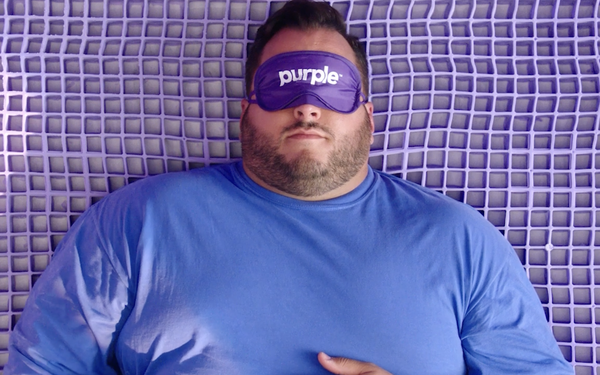 Keira Krausz is joining Purple Innovation as its new chief marketing officer. She had been the CMO of Health Plan One.

She replaces Patrice Varni, who stepped down. And she joins the struggling mattress company at a challenging time. With sales declining, it's evaluating an unwanted takeover bid–and looking for the best marketing strategy to navigate the crowded D2C market universe.

Based in Lehi, Utah, Purple is awarding Krausz an equity grant valued at $400,000 and says she will report to Rob DeMartini, its chief executive officer.

Before HealthPlanOne, a digital health distribution platform, Krausz was CMO of Nutrisystem, where she helped double revenues, with earnings during her tenure increasing four-fold.

Purple, which differentiates itself with its patented purple gel technology and its "no pressure" mattresses, is evaluating an unsolicited takeover bid from Coliseum Capital Management.

Last month, it announced that it had formed a special committee to evaluate the offer at $4.35 per share. While that per-share price is above its current price, it's sadly off the $40-plus range it reached early last year.

And it posted a net loss of $8.3 million, compared to a net income of $2.6 million in the year-ago quarter.

"The continued shift in demand away from home-related categories and the impact of inflation on consumer discretionary spending is delaying our top-line recovery," said DeMartini in its August announcement. Still, the company remains confident that its focus on operational excellence, brand elevation, channel development and accelerating innovation "are the right building blocks for delivering long-term profitable growth," he said.

Purple is hardly alone in its struggles. Casper, a D2C rival, went private last year in a deal valued at roughly one-quarter of its original public offering.