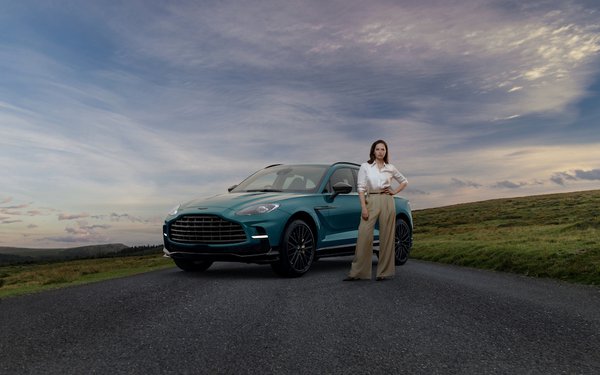 Aston Martin is launching an effort featuring actress Felicity Jones it is calling its most “significant product marketing campaign of 2022."

The evocative campaign, created by Superunion, explores the definition of power in society and features the DBX707 luxury SUV.

Shot in the British landscape of Dartmoor National Park, it features the Academy Award-nominated actor delivering an intense monologue looking into the to camera as a racing green Aston Martin DBX707 appears on the horizon and roars into the shot.

The goal of the spot is to inject emotion and intensity into the brand’s product marketing and challenge the creative conventions that customers have become accustomed to from the automotive sector, says Renato Bisignani, global head of marketing and communications at Aston Martin.

The luxury automaker introduced a new logo and brand positioning in July with the tagline “Intensity. Driven.” which is also featured in this spot. This is the first major product marketing campaign featuring that direction.

The DBX707 was introduced eight months ago and aims to offer drivers performance and supercar driving dynamics.

“Through this content, we have sought to bring those attributes to life in a creative way, pairing a powerful script with an elegant performer who delivers a strong, intense performance,” Bisignani says in a release.