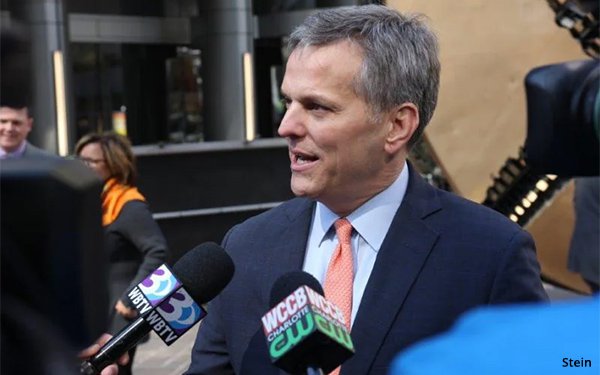 Stein himself could be charged under the law, along with two colleagues, if the statue is upheld by the  U.S. Court of Appeals for the 4th Circuit.

That court issued a temporary injunction in August against enforcement of the 91 year-old law, pending further argument.

The case concerns slurs exchanged between the 2020 campaigns of Democrat Stein and Republican Jim O’Neill for the office of Attorney General. O’Neill charged that Stein had let unused rape kits pile up.

Stein retaliated with a “corrective advertisement” created by Ralston Lapp Guinn Media Group. It charged that O’Neill had a large backlog of such kits in his own jurisdiction in Forsyth County.

O’Neill, who is Forsyth County DA, disputed this ad, and filed a libel suit under the criminal law.

The Appeals Court decision blocking the law came shortly after the Wake County grand jury asked the district attorney general to submit an indictment for it to consider under the controversial law. Wake County District Attorney Lorrin Freeman was investigating the campaigns.

Duke University’s First Amendment Clinic has filed a friend-of-the-court brief, urging the court to throw out the criminal libel law.