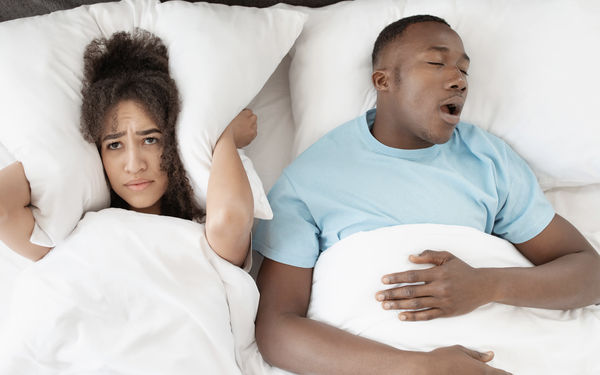 Snoring can be a symptom of serious health problems, according to WebMD and other experts.

It can also lead to sleep deprivation for the snorer’s “mattress companion” -- and make for some pretty funny videos, according to Mattress Firm.

So the retailer has launched a TikTok search for the “worst snorers in America.”

Through Nov. 4, TikTokkers can take and post videos of their snoring “mattress companions” in the act, tag the posts with @TheMattressFirm and #SnoreDiscounts, and in return receive a $100-$200 discount on products at MattressFirm.com. In addition, the person deemed “Worst Snorer” will win a Sleepy’s Hybrid mattress, valued at about $2,000.

Mattress Firm says it won’t share any submitted videos without “proper permission” from the snorer and the video-taker, so neither will we. Instead, here’s the retailer’s TikTok video that launched the contest.

Prior to that,Mattress Firm notes, a TikTok search for “funny snoring” had already revealed thousands of videos with billions of views.

The people taking those videos are in Mattress Firm’s sights.

“Having a partner who snores can cause the non-snorer to lose, on average, 1.5 weeks of sleep per year,” Mickey Mericle, Mattress Firm’s chief marketing and experience officer, tells Marketing Daily.

That statistic comes from SleepScore Labs, which entered into a partnership with Mattress Firm in early 2021. The retailer also invested in the techie company, which is known for its sleep tracking app.

In one joint effort from the two parties, SleepScore earlier this year found that study participants slept 487 more minutes per month on average (or 8.1 hours) when using Mattress Firm’s new fitted pillows compared to using their original pillows.

“Mattress Firm is on a mission to rid America of junk sleep,” Mericle says, “and snoring is a major culprit of disrupting real sleep – especially for non-snorers.”

The retailer began fighting against junk sleep” campaign in summer 2021 with a commercial starring actor Liev Schreiber that debuted on NBC during the opening ceremony of the Summer Olympics. Mattress Firm also ran a full-page ad in The Wall Street Journal calling on Americans to realize and recognize the country’s growing sleep problem.

At that time, Mattress Firm turned to Twitter and Instagram for an “Unjunk Your Sleep Giveaway” in which consumers in three major markets could post photos of their “offending” mattresses for the chance to get a personal visit, a personal “junk sleep consultation” and a new mattress. A corresponding sweepstakes offered a grand prize of a $2,000 mattress.

“Junk Sleep can affect so many aspects of our lives – from leaving our brains in a fog, to affecting our overall mood,” says Mericle. “Our purpose is to change people’s lives through better sleep. There’s no uniform solution to achieving that and it’s vastly different for everyone. That’s why we launched the ‘Snore Discounts & Worst Snorer Giveaway,’ for sleepless partners who are willing to try anything to eliminate their at-home snoring problem and ultimately their junk sleep.”