With Fantasy Gifts, Neiman Marcus Looks To 'Make The Moment' 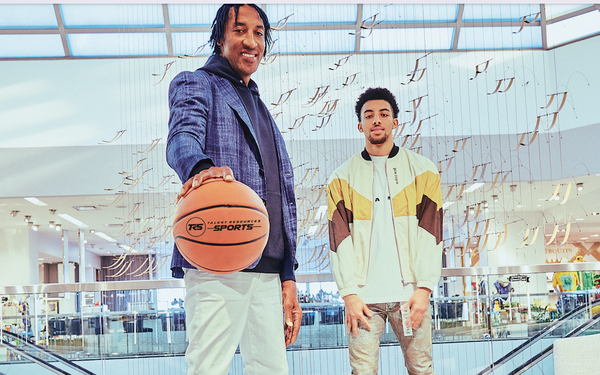 Neiman Marcus is unveiling its annual holiday catalog, complete with its usual over-the-top fantasy gifts -- including a Barbie-inspired Maserati, the chance to shoot hoops with the legendary Scottie Pippen, and a rare vintage tiara from Cartier.

The luxury retailer is also unwrapping its holiday campaign, called “Make the Moment.”

The catalog and the campaign are looking to make the seasonal celebrations as relevant -- and personal -- as possible, says Daz McColl, chief marketing officer of Neiman Marcus.

“This year, one of the core insights we’ve identified is a gravitation back to traditions,” he says. “And while [consumers] are wanting to connect with things of the past, they’re looking to do it with individuality.”

That led to the “Make the moment” idea, he tells Marketing Daily, encouraging people to put a little twist on those traditions. “Maybe you put your Christmas tree in the center of the swimming pool this year instead of the living room. Maybe your holiday party turns into a new karaoke tradition.”

The campaign delivers images that juxtapose the old and the new with a touch of tech -- for the first time, there's an augmented reality experience. And people can snap on a QR code on the cover “so they can participate in the campaign themselves.”

That allows readers to look at a three-dimensional version on the Instagram platform, including a way to put themselves on the cover or customize an AR Christmas tree throughout their home.

“These are just evolutions of experience to give people a chance to make their own moment and participate in our campaign," says McColl.

And while the Dallas-based retailer is fond of saying there’s a little fantasy in every gift, the annual catalog is a chance for it to revel in exuberant luxury, with more than 250 brands. As usual, it’s found a way to link the fantasy gifts to a related charity.

“We’re always trying to come up with ideas that are incredibly rare,” McColl says. This year includes playing basketball with Scottie Pippen and his son Scotty Pippen Jr., a guard for the L.A. Lakers.

The $333,333 package includes a gift to Chi Prep Academy, a nonprofit private high school that focuses on introducing athletes to business practices as they relate to sports.

For the kids, there’s a $200,000 space-themed mini-golf course installation designed for your home by the experiential art maestros at Sweet Tooth Hotel. That one helps the Boys & Girls Club of America.

Finally, that 1935 Cartier tiara, which doubles as a necklace, costs $3.2 million.