'Lopez Vs. Lopez' on NBC: Father, Daughter In Family Feud 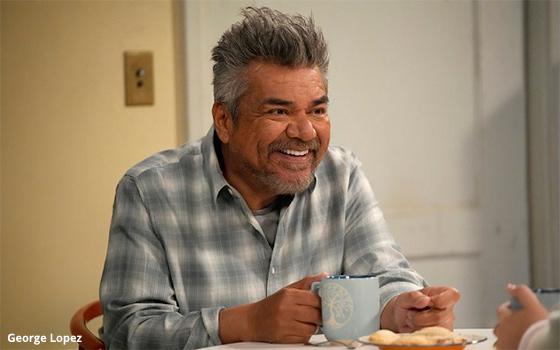 A new sitcom coming to NBC this week adopts a premise that has been used many times before.

The new show is “Lopez Vs. Lopez,” a family sitcom coming to NBC this Friday. It is the last of the networks’ new fall shows to premiere since the season started in September.

The show stars comedian George Lopez, 61, and his real-life daughter, Mayan Lopez, 26, as a father and daughter living in the same household who fuss, feud and fight with each other.

The series pilot airing Friday night at 8 Eastern sets it up. He is a boorish cad who drinks beer, smokes marijuana, cheated on his wife and as a consequence, got divorced.

For these reasons, father and daughter are at loggerheads, if not completely estranged. In the series premiere, George nevertheless contrives a reason why he should live in his daughter’s house.

The reason is that he is supervising the renovation of her kitchen and he lives 90 minutes away. Thus, instead of having to commute this long distance every day, he proposes that he move in, at least for the duration of the kitchen project.

The problem with this idea is, this project is taking forever because George takes frequent breaks to drink beer and get high with his work crew. This is one of the bones of contention between father and daughter.

Because of his past behavior, and his current behavior -- dawdling on a project that is important to her and her family -- daughter Mayan should be expected to say no rather than yes to her father’s proposal to live in her house.

But if she did that, there would be no show. So, he moves in with Mayan, her husband Quinton (a white man who George refers to tastelessly as “Quinton, the friendly ghost”) and their young son, George’s grandson.

And there they do spar, and make up, and spar again. Why? Because beneath all of the conflicts, disappointments, hurt feelings and downright trauma caused by a drunk and stoned dad who was rarely present in his daughter’s childhood, they really do love each other.

Depending on one’s personal history, this scenario may or may not be hard to swallow. But surprise, surprise, more often than not, life’s like that in Sitcom Land.

Once upon a time (just two years ago in 2020, as a matter of fact), two indigent parents moved in with their successful son and his wife in an NBC comedy starring Fran Drescher that was called “Indebted.” It lasted three months before being canceled.

In 2016, two grown daughters moved back home to live with their parents in an NBC sitcom called “Crowded.” This show also lasted about three months and was never seen again.

More recently, just last year, Kyra Sedgwick starred as a frantic mom from Iowa who suddenly shows up on her grown son’s doorstep in Los Angeles because he didn’t return her phone call.

She then moves to L.A. to bedevil her son and her grown daughter who also lives there. The show, “Call Your Mother,” aired from January to May on ABC and was then cancelled.

Do you see what I’m getting at here? Based on this history, “Lopez Vs. Lopez” faces long odds.