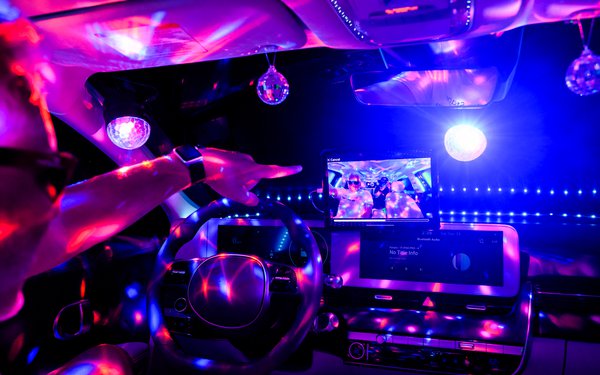 Auto brands are reimagining how they activate around audio, as illustrated by a partnership between Hyundai and iHeartMedia.

While audio remains the most impactful medium for auto brands seeking to reach potential consumers while driving, Hyundai tapped iHeartMedia for an integrated audio, digital and in-person campaign which included a major experiential installation at the 12th annual iHeartRadio Music Festival last month.

Located centrally within the iHeartRadio Music Festival, the Hyundai Ioniq 5 vehicle used its electric charge to power an in-car disco and immersive social photo opportunities for festival attendees. Many posted the photos on their social feeds using the hashtags #iHeartDayStage2022 and #iHeartFestival2022.

The sold-out festival at the T-Mobile Arena in Las Vegas attracted 33,000 attendees and continues to have tremendous reach, with more than 25 billion social impressions, says Gayle Toberman, CMO of iHeartMedia.

Hyundai’s partnership with iHeartMedia dates back several years. Besides live events, the automaker uses the media partner’s other platforms, including broadcast and podcasts, to reach a wide audience, says Angela Zepeda, CMO of Hyundai.

The automaker used the popular weekly comedy podcast “Fake doctors, real friends” to get the word out about the new EV.  The hosts were videotaped checking out the car and then talked about it on air.

The festival gave Hyundai another big way to get more consumers behind the wheel of the Ioniq 5, which was made into an impromptu photo booth.

“I think it was a good way to tie into the excitement of the weekend  and have our cars there,” Zepeda tells Marketing Daily. “But it was really about the fans and the music, and then we show up as brand. We always want it to feel like we're authentically integrated into those programs.”

The automaker doesn’t subscribe to simply displaying its logo on a stage.

“That feels like it, like ‘why is Hyundai showing up there? Why is the car there?’ she says. “So it always has to feel like we have a little bit of purpose.”

IHeartMedia has helped Hyundai reach a younger audience, she says.

“It’s just another addition that we're adding to our toolbox of how to reach this audience that I think has been eluding us for a couple of years,” Zepeda says. “As you know, they've been moving away from some of our more traditional channels, and it's been tough for us, and we really needed to tap into this younger audience. And this has been one of the most successful channels for us recently.” 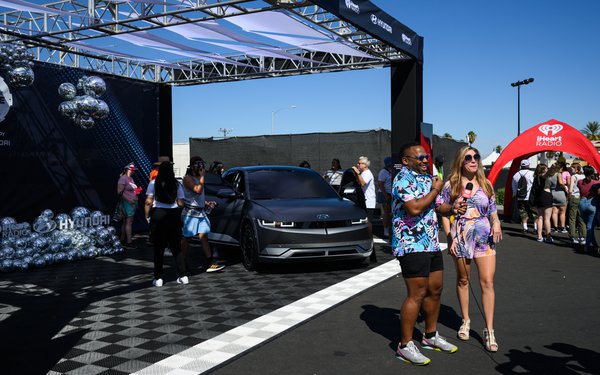