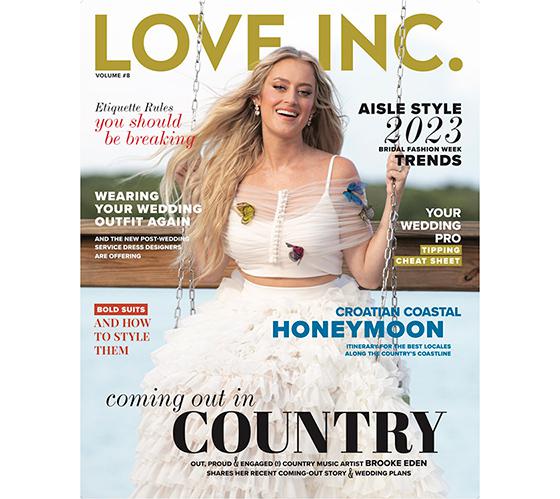 “The fact that we are able to take a digital publication to print in a time when most publications are going from print to digital, speaks to the impact our magazine has on our readers and community,” states Editor in Chief Brittny Drye, who founded the title nine years ago.

In the cover story, Eden discusses growing up in a religious family, her coming out and how she found herself as a songwriter in her EP "Choosing You."  It also highlights her coming nuptials.

The photoshoot utilized LGBTQ+ fashion designers in an effort to spotlight LGBTQ+ talent.