Ford Is At 'Pivotal Point' In Its 119-Year History, Per CMO 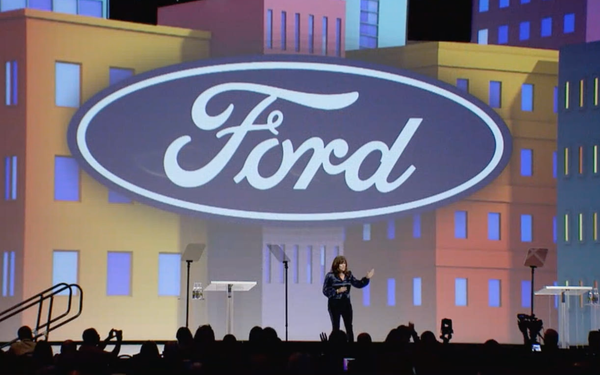 Ford Motor Co. CMO Suzy Deering told the packed ballroom at the ANA's annual "Masters of Marketing" conference in Orlando this morning that there is a difference between a company’s purpose and its business plan.

A purpose is more than “flowery language” or something you put on a slide in a business presentation or on a poster, she said.

“It's when it actually drives business growth, when it completely transforms the way in which you make decisions in your business --  [that's] where purpose comes into action,” Deering said.

The 119-year-old company is at another pivotal point in its history, she said. Founder Henry Ford was a tireless innovator, and not just when it came to cars. He completely raised the standard of living in the 20th century, including the invention of the 5-day work week, she said.

“At this moment right now, this will be one of the biggest revolutions since Henry Ford put vehicles out on the road,” Deering said. “We talk about doing good, we talk about that evolution, but the potential of electric vehicles and hyperconnected services is going to completely transform our industry. It's going to transform your life. It's going to completely change how you use your vehicle, how you purchase your vehicle, the way in which you think about your vehicle.”

Ford’s purpose is "to help build a better world, where every person is free to move and pursue their dreams.” The company’s purpose has been an important aspect of its motivation for bringing electric vehicles to the masses, first with the Mustang Mach-E and F-150 Lightning pickup, she said.

“You have to take a step back and understand what at the core makes us who we are,” she said. "Again, it's not about just that poster that you're gonna put on the wall. You have to live it. You have to put it in action, and you have to do that across your entire organization, every aspect of your business. Because with that clarity and that higher meaning, now you get everyone to understand where we're going, [with] everybody pulling in the right direction.”

Since the F150 Lightning pickup launch in June, Ford has tripled EV sales in the United States. However, the process hasn’t been without road blocks.

Ford said it shipped 1.1 million cars and light trucks in the quarter, compared with just over one million in the same period last year. The automaker says supply chain shortages left about 40,000 “vehicles on wheels” -- built, but awaiting needed parts. Ford expects to complete the vehicles and sell them to dealers during fourth quarter. 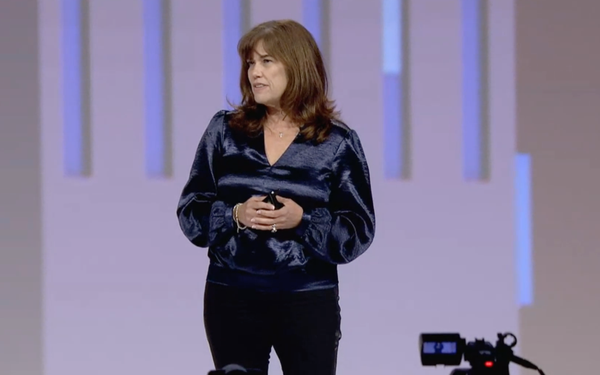