Americans Say Ad Biz Has A Decarbonization Role To Play, Mixed On What It Should Be 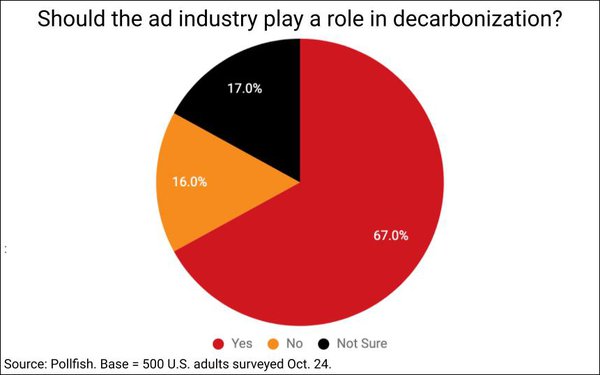 At a time when the ad industry is stepping up its own efforts to help decarbonize the planet with initiatives such as Ad Net Zero, two-thirds of Americans agree it has an important role to play. That's one of the findings of a survey conducted Monday by Pollfish for MediaPost asking Americans what they think about the ad industry's involvement -- both good and bad -- in the climate crisis.

Only 16% of respondents said they don't believe the ad industry has a role to play, while 17% were not sure.

Asked explicitly what role the ad industry should play, the No. 1 response was that advertisers and agencies should work to reduce the carbon footprint of the ads they create and place in media, which is something many in the industry have already embraced.

Other responses were somewhat mixed, including a belief by about a third of Americans that the ad industry should:

A slightly smaller percentage -- about a quarter of respondents -- said the ad industry should discontinue working for fossil fuel companies altogether and should stop placing fossil fuel company ads in climate news stories. 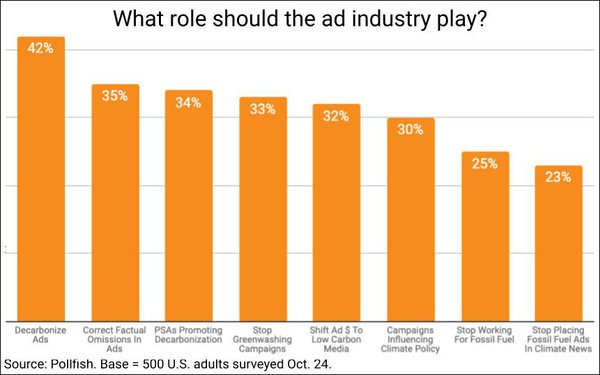