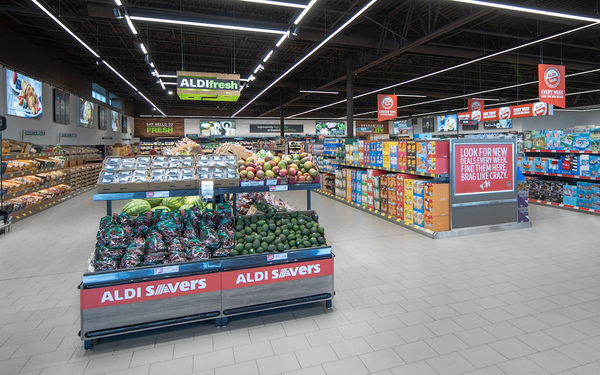 As the economy continues to unsettle people, they’re making more deliberate choices as they cut back on grocery and apparel spending.

A new poll from Morning Consult finds that 82% of consumers now say they are actively looking for ways to save while grocery shopping.

They are buying less, writes Emily Moquin, Morning Consult’s food and beverage analyst. And their concerns about inflated food prices are more pronounced than worries about overall inflation.

Concerns about dairy have increased the most, up ten percentage points, alongside 15.9% price growth in the category.

The Consumer Price Index for food at home climbed 13% in September, year-over-year.

Based on monthly samples of about 2,200 U.S. adults,  Morning Consult research found that the most common cost-saving strategies are comparing prices (83%) and buying generic or stores brands (81%.)

Ge- Xers are those most likely to be buying less.

Food insecurity has also risen, with 42% saying they sometimes worry that food will run out before they have enough money to buy more, a percentage that's up from 35% last year.

People are also consciously cutting back on apparel spending, reports NPD. As a result, it expects clothing sales to fall 1% in the fourth quarter, despite a 2% increase in apparel prices.

“In the face of rising prices, the fourth quarter will be a balancing act as shoppers prioritize the areas where they will trade down, pull back, or invest, causing them to be more prudent in their apparel spending,” says Maria Rugolo, NPD’s apparel industry analyst, in its report.

It, too, uncovered more aggressive cost-saving strategies, with 41% of consumers in its sample saying they’ve chosen not to buy certain clothing items so that they can buy clothes in another category. Almost 45% also bought apparel on a resale platform in the third quarter, a gain of 2 percentage points from the first quarter of this year.

The research comes as the U.S. economy begins to grow again, posting a gain of 2.6% after two down quarters.