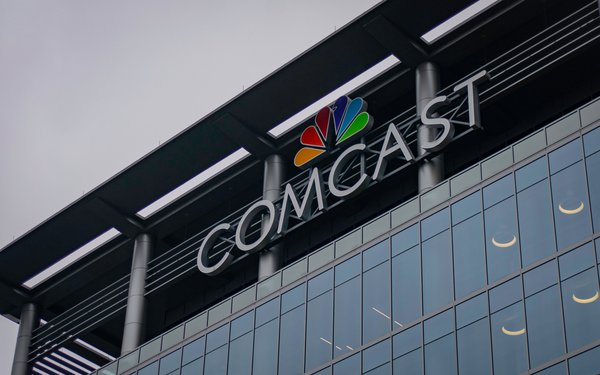 Comcast’s leading broadband business grew revenue by 5.7% to $6.1 billion -- although new subscriber gains continued to be softer, slowing to just a 14,000 gain versus 300,000 in the third quarter a year ago.

With expected declines in Comcast's NBCUniversal -- due to the absence of $1.8 billion in ad revenue from the Tokyo Olympics a year ago -- overall media revenue (including distribution fees) was down 23% to $5.2 billion. Advertising revenue was down 35%.

The positive came from recovery in pandemic-affected businesses: Movie revenue from studios (box-office revenue and content licensing) grew 31.4% to $3.2 billion, while theme parks were up 42% to $2.1 billion

Overall, Comcast-wide third-quarter revenue declined 1.5% to $29.8 billion. There was a net loss of $4.6 billion, compared to net income of $4.0 billion in the prior year period.

Adjusted net Income increased 4.5% to $4.2 billion. Comcast defines this as include that excludes “the effects of the amortization of acquisition-related intangible assets, investments that investors may want to evaluate separately.”