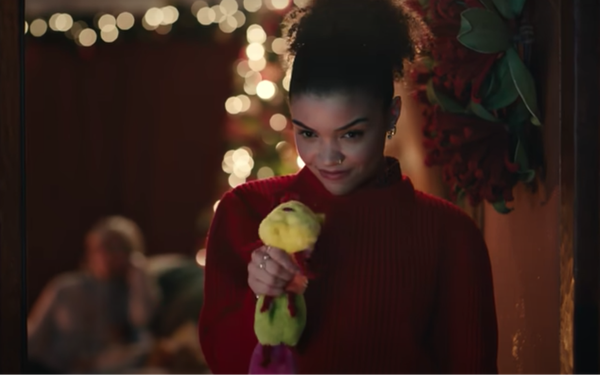 Oof. Amazon's latest financial report sent scary shockwaves through the investor community, partly due to earnings that came in lower than expected and weakening results in its powerful Amazon Web Service division. But the real surprise came from its forecast for the quarter ahead -- the all-important holiday quarter­. It expects those revenues to reach between $140 billion and $144 billion, substantially less than the $155 billion predicted.

The report was enough to send Amazon's stock price skidding 20% in the hours after the announcement.

Amazon says its net sales for the third quarter rose 15% to $127.1 billion, compared with $110.8 billion in the third quarter of last year. Excluding unfavorable foreign exchange rates, sales rose 19%. In North America, sales increased 20% to $78.8 billion. International sales dropped 5% to $27.7 billion but improved by 12% when adjusted for currency fluctuations.

Sales of its advertising services also improved, to $9.55 billion, up from $8.76 billion last quarter and $7.6 billion in the year-ago period.

"Batten down the hatches," writes analyst Lee Horowitz, an analyst who follows Amazon for Deutsche Bank. Amazon's results and fourth-quarter outlook "stoked fears around the company's earning potential into what is likely to be a recessionary 2023."

While noting that the results weren't "all that bad," particularly in Amazon's retail business, below-expectations results in AWS are a concern, he says.

Others see it differently and note continued promise in Amazon's ad business. "Take a breath," writes Michael Pachter, who follows Amazon for Wedbush Securities. "It wasn't that bad."

Even with inflation, a tight labor market and currency-exchange pressures, Amazon "delivered third-quarter results that were in line with guidance due to the positive impacts of Prime Day, advertising sales growth and AWS sales growth."

Pachter also notes that while the fourth-quarter outlook is below expectations, influenced by macroeconomic issues, "that has been par for the course for Amazon for the last several years. Longer-term, Amazon should benefit from steady margin expansion driven by the continued growth of its cloud and ads businesses."