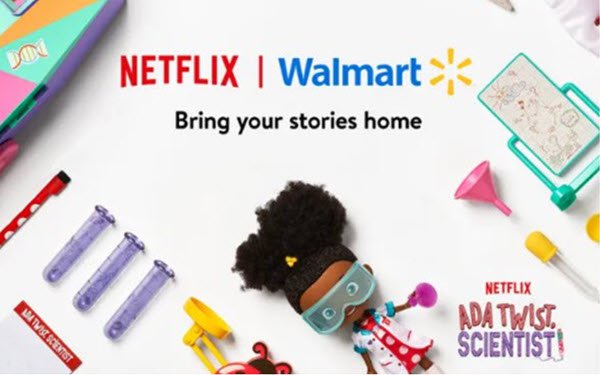 Citing the success of Walmart’s up-to-now digital-only Netflix Hub, the two companies are expanding their branded tie-ins deal to include in-store digital distribution.

Walmart will also offer a Netflix Streaming Gift Card that lets viewers access trending content without a credit or debit card, and “concession kits” with home-streaming accoutrements like popcorn and collectible cups.

The companies launched the Netflix Hub in October 2021.

Both see the partnership as a way to help draw in customers, retain existing ones and bring in new revenue.

Walmart also recently struck a deal to include Paramount+ as a perk with its loyalty program.