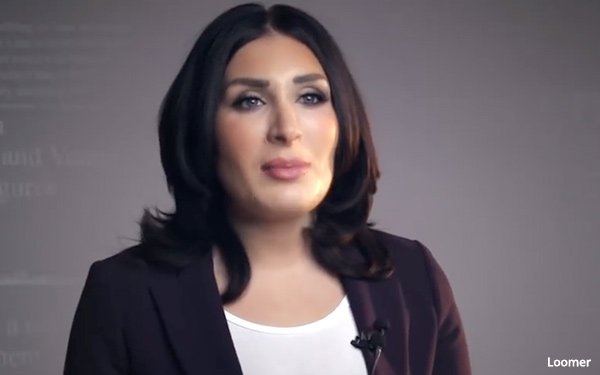 The activist says she was permanently banned by Twitter in November of 2018, and Facebook in May of 2019, due to their content-moderation policies. She has been suing over the bans since at least 2019, without success.

Loomer's latest legal move against the tech companies came in May, when she alleged in a sprawling complaint Meta and Twitter engaged in a racketeering conspiracy -- apparently due to their hate-speech policies.

In August, she revised the complaint to also include Procter & Gamble as a defendant.

Both tech companies argue in papers filed Thursday with U.S. District Court Judge Laurel Beeler in the Northern District of California that the case should be dismissed for numerous reasons, including that Loomer previously lost lawsuits against them.

“Loomer has already twice pursued legal actions against Twitter to overturn her ban,” Twitter argues. “Because a plaintiff cannot file suit in a new court seeking redress for the same harm she sought to remedy in her prior failed litigation, Loomer’s suit is barred, and the court should dismiss it with prejudice.”

Procter & Gamble writes in separate papers that Loomer “has not stated a valid claim” against it.

One of Loomer's allegations against Procter & Gamble is that a “knowledgeable and reliable source” said the company “demanded” that Facebook label Loomer a “dangerous individual” and ban her.

Another allegation is that in June of 2020 -- more one year after her account ban on Facebook -- Procter & Gamble met with the progressive group Color of Change “to discuss Facebook’s track record of removing content that violates their standards.” That allegation was based on a June 26, 2020 report in The Wall Street Journal.

Procter & Gamble argues that Loomer's allegations, even if proven true, would show only that the company “asserted its own legitimate business interest in not having its advertisements appear next to hateful, denigrating, discriminatory, or other similarly offensive content.”

The company adds: “Loomer alleges no possible basis for concluding that doing so was unlawful under any cognizable legal theory.”

Procter & Gamble also notes that the allegation that it demanded Facebook ban Loomer relied on an unidentified source, and did not include any supporting facts.

U.S. District Court Judge Trevor McFadden in Washington, D.C. dismissed that complaint soon after it was filed. Loomer appealed to the D.C. Circuit Court of Appeals, which ruled against her in 2020.

Loomer's new lawsuit is tentatively scheduled for a hearing in front of Beeler on January 26.