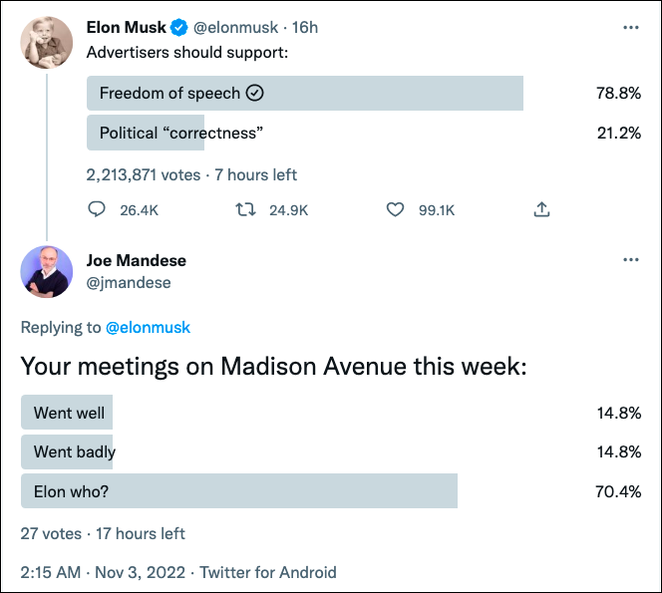 If Elon Musk actually did meet with Madison Avenue this week, it doesn't appear that the meeting went all that well. That at least would explain why he posted a Twitter poll asking followers to weigh in on the following question: "Advertisers should support: Freedom of speech or political 'correctness'."

Not surprisingly, a number of replies pointed out that a) it's not binary, b) it's not an either/or question, c) that supporting freedom of speech actually is the politically correct response.

Equally unsurprising is the fact that 79% of the 2.3 million votes Musk's poll got at presstime were for freedom of speech, including mine.

And since it seemed to me unlikely that the inspiration for the poll -- which currently is pinned atop @elonmusk's account -- didn't come out of thin air, I replied with a Twitter poll of my own, asking followers if they thought Elon Musk's meetings on Madison Avenue this week "went well," "went badly," or (well, you can see above). By the way, I only had 27 votes at presstime, but you still have time to take it @jmandese.

Meanwhile, I'm still trying to find out from my sources about whether those meetings have in fact taken place, and if so, what the outcome has been, so if you happen to know, DM me, or you can always use joe@mediapost.com.

"Everyone is asking about the meetings," said one anonymous holding company source, adding: "All I can tell you for sure is that a meeting was requested."

That may explain the third response on my Twitter poll got the most votes so far.

Meanwhile, I don't appear to be the only one who finds it ironic that the world's richest man, who paid $44 billion for a platform that has been free to its users, now wants to charge them $8 per month to express themselves "freely" on it.

I guess we can call it a new category I'm dubbing "premium subscription speech?" 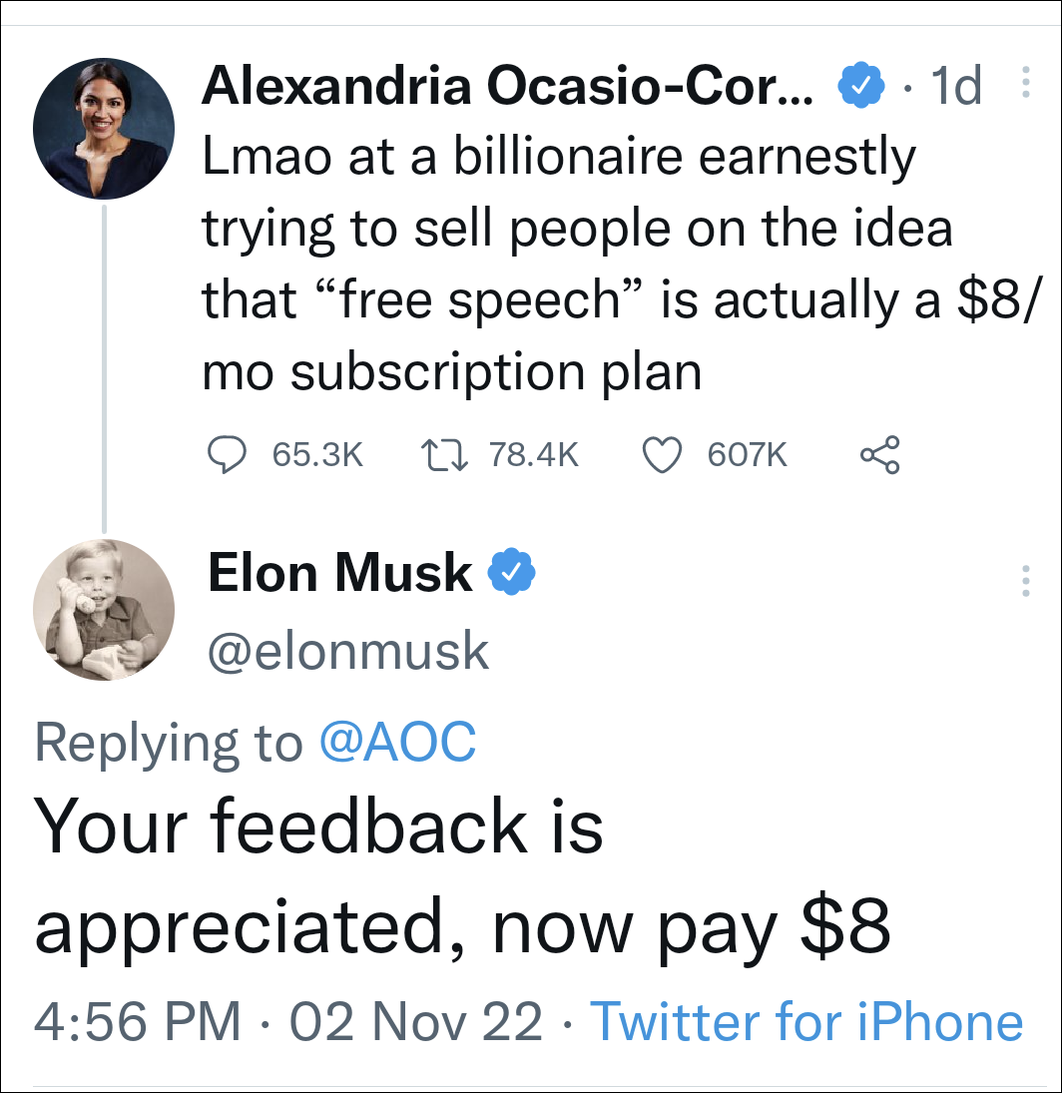