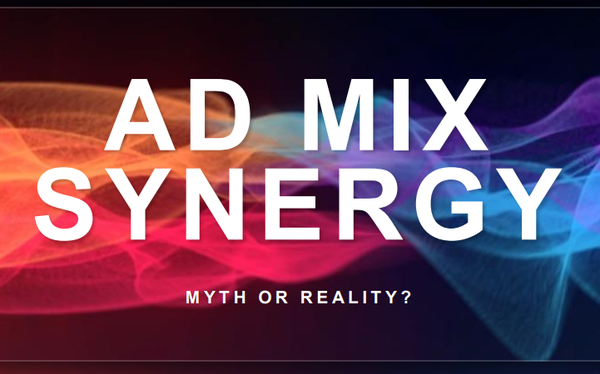 A new study by IPG's MAGNA in partnership with Spectrum Reach, the ad sales business of Charter Communications, finds that consumers are more likely to respond to advertising if they see it across different screens, with 41% of survey respondents claiming better recall when they had seen the same spot across linear, connected TV (CTV) and mobile devices.

The study explored the impact of advertising when viewed across single or multiple media screens -- testing combinations of linear TV, CTV, and mobile for recall, retention, search intent and purchase intent.
The study, of a week's worth of viewing of nearly 1,700 viewers, found that not only does a multiscreen approach increase ad attention and retention, it also increases purchase intent.
Also, the order in which the various screens are deployed also impacts ad effectiveness. For example, leading with linear TV on a cross-platform campaign lifted purchase intent by 25%, with streaming first and mobile hitting 14% and 4%, respectively.
“The study confirmed that brands will do the best job telling their story when their spot is delivered across multiple screens,” stated Magna's Kara Manatt. “It also shows that, when possible, brands should plan the order in which ads are delivered across screens with a focus on casting the widest attention net in the first exposure.”&nbsp
This same pattern held true for unaided brand awareness and search intent in a multiscreen buy. A linear-first approach lifted unaided brand awareness by 44%, with streaming first at 29% and mobile first at 26%.

The study also found that of the viewers who were exposed to three types of advertising, 81% of them agreed the message was clearly communicated, and 39% felt the ads had provided new information. The numbers are lower when viewers were only shown one or two types.

The full study is available here.