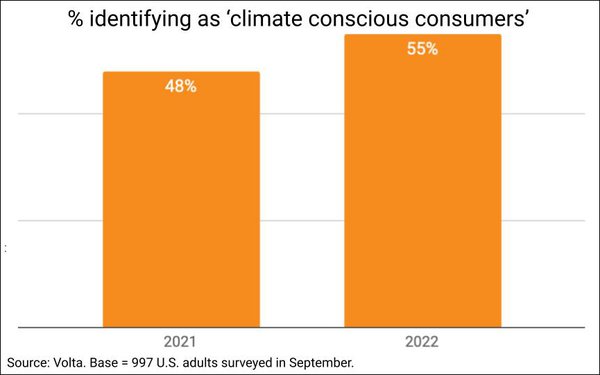 The percentage of American consumers identifying as "climate conscious" ones has reaching a tipping point, according to findings of the 2022 edition of a tracking study by ad-supported electric vehicle charging stations network Volta Media.

Fifty-five percent of Americans surveyed in September say they now identify that way, a 15% increase from 2021.

Significantly, that consumer mindset is also becoming mainstream across the U.S.

"Being a climate conscious consumer is no longer associated with only coastal states," the Volta study found, noting that "this mindset is prevalent across the U.S. with notable year-over-year increases in Texas, Kentucky, and Michigan."