How Decarbonization Is Giving New Meaning To Mobile 'Hot Spots' 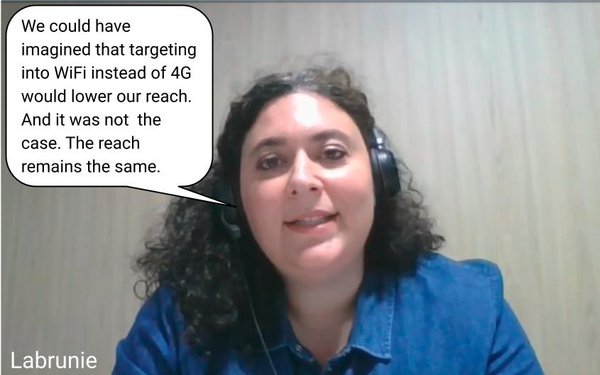 The term "hot spot" has long been associated with mobile media, but it's starting to be used in a new way that might be more of a negative than a positive in terms of a new advertising KPI: decarbonization.

The term came up Wednesday during a panel discussion on the role of media planning in decarbonization at Ad Net Zero's global summit, after Nestle Media Lead Laure-Sarah Labrunie provided an example of how the global packaged goods marketer is making small, "hygienic" changes to mobile media in order to reduce its carbon footprint.

“We have learned that those two campaigns, on the same target with the same storytelling and with the same budget," generated 47% less carbon, Labrunie said, adding that the "media performance" specifically was "exactly the same.

“We could have imagined that targeting into WiFi instead of 4G would lower our reach," she explained. "But it was not the case. The reach remains the same."

So when did the term "hot spot" come up? It was later in the session, when Dentsu Global Client & Brand President Fiona Lloyd explained how agencies and their clients are beginning to developed "decarbonization roadmaps" as part of their business plans.

“It’s only when we can identify those emissions hot spots that we can really make a difference," she said.

In other words, think about that the next time you're searching for a hot spot. And make sure you try to use a WiFi one, rather than a cellular carrier's.