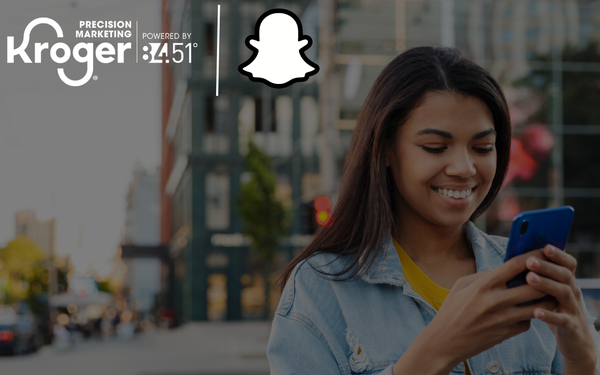 At a time when social media networks are accelerating their move into ecommerce, "shoppable" ad formats, and electronic retailing, a major retail media platform is extending its reach on one of the most popular ones. Kroger Precision Marketing this morning announced it has added Snapchat as a retail media channel.

As part of the expansion, Kroger said it will be integrating its proprietary first-party retail data with Snapchat's "immersive ad formats," including "Snap Ads" and "Story Ads" to its retail media network reach.

Utilizing the data Kroger generates from its loyalty card members, it said it will offer new Snapchat consumer targeting segments including:

According to recent estimates from GroupM, the retail media marketplace has already surpassed $100 billion and is one of the fastest growing segments of the advertising marketplace.
Next story loading