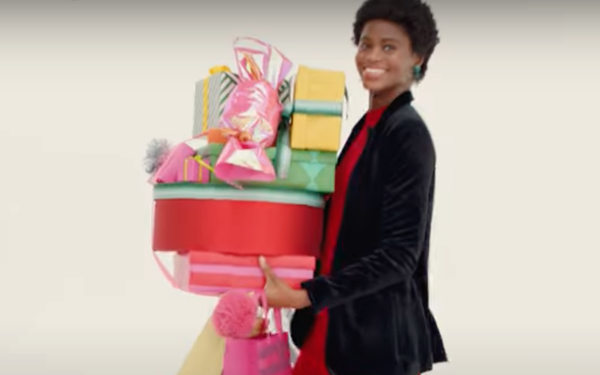 America’s biggest department stores -- Macy’s and Kohl’s -- both posted a decrease in sales, a sign of how consumers may cut back on discretionary spending this holiday season. But their divergent results -- with Macy’s raising its outlook and Kohl’s taking the unusual step of withdrawing its forecast -- show just how tricky this holiday season will be.

The good news, writes Gabriella Carbone, an analyst who covers the sector for Deutsche Bank, is that investors seem mostly happy with the way both stores are managing inventory. But both Macy’s and Kohl’s report that their sales began to slow in October and into early November, which might be due to unseasonably warm weather.

“For the remainder of the year, we believe promotional activity is the biggest wild card with companies preparing for an aggressive season,” Carbone says. “At this point, overall promotions have not reverted to 2019 levels, which we view as a positive.”

At Macy’s, third-quarter net sales fell 3.9% to $5.2 billion from the year-ago period, and comparable sales slipped 3.1%. (It’s still notching increases from the pre-pandemic era, though, with sales 1.1% higher than the third-quarter of 2019.) Digital sales dropped 9%.

Members of the retailer's newly revamped loyalty program accounted for 70% of purchases. It also saw continued strength in occasion-based categories, including career and tailored sportswear, fragrances, shoes, dresses and luggage.

Net income fell to $143 million, from $386 million in the year-ago period, beating expectations.

The New York-based retailer is calling those results a win. Its transformation strategy, which it calls Polaris, “is working,” said Jeff Gennette, chairman and chief executive officer, in its announcement. “Macy’s brand position as a style and fashion source resonated with our customers, while luxury continued to outperform at Bloomingdale’s and Bluemercury.”

At Bloomingdale’s, comparable sales rose 5.3%, and at Bluemercury, they jumped 14%.

The financial picture at Kohl’s, where sales fell 7% and profits plunged 60%, is murkier. The Menomonee Falls, Wisconsin-based retailer has to replace CEO Michelle Gass, who announced earlier this month that she is headed to a similar role at Levi Strauss.

While both sales and profits did a bit better than Wall Street expected, the company says it’s not making predictions about the coming holiday period.

“Given the recent volatility in business trends, the significant macroeconomic headwinds, along with the unexpected CEO transition,” Kohl’s says it is not issuing any predictions about the quarter ahead. As a result, it’s withdrawing its prior full year 2022 guidance.