Stopping The Scams: HSBC Campaign Reveals The 'Faces Of Fraud' 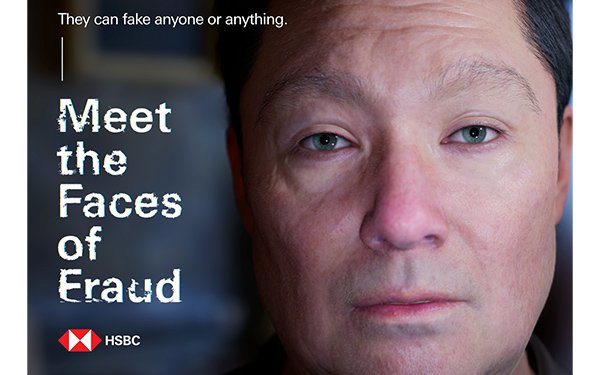 Losses from payment fraud alone are estimated to hit $48 billion by 2027, a 25% increase from 2020, according to Merchant Savvy.

To help safeguard the public from massive sums stolen yearly, Wunderman Thompson created a global fraud-prevention campaign for HSBC to educate the public on the scams that target them.

"The Faces of Fraud" campaign uses a pioneering AI to identify characteristics, such as gender, ethnicity, weight and age to predict what a fraudster’s face could resemble, based on voice data.

The campaign is running across HSBC's global social channels and in the UAE.

The agency partnered with Carnegie Mellon University to feed voice recordings of actual fraudsters into the voice-to-face neural network. That generates face composites that predict features based on the speaker’s “audible DNA.”

The campaign shares insidious tricks in a series of online tutorials, from romance to investment fraud, that put a face to a faceless crime.

“There’s a distinct shame around being taken in by fraud — and no one is immune," said Bas Korsten, Global CCO at Wunderman Thompson. "Our hope is that by giving these fraudsters a face, we can educate the public on the tactics used to scam them out of their hard-earned money and lower the rate of fraud across the world.”

Dr. Rita Singh, a computer science professor at Carnegie Mellon University, added that such an “ingenious use of this technology exemplifies the ultimate power of human creativity in societal advancement.”