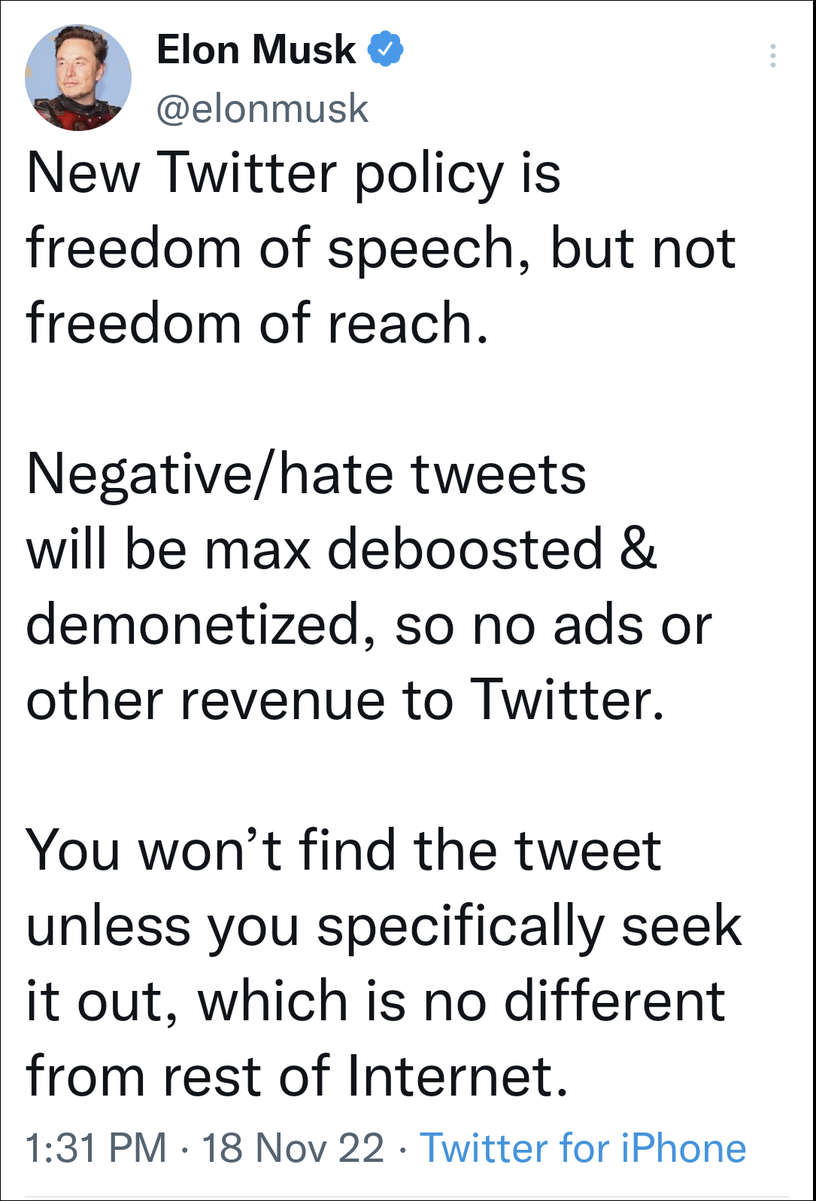 With one of the fastest-growing trends on Twitter in the past 24-hours being whether will continue to even be a Twitter, owner Elon Musk continues to dicker with its underlying logic, not to mention its business model, including what tweets can generate reach or be monetized by advertising.

In the latest installment of his overhaul, @elonmusk tweeted Friday that Twitter is reinstating recently banned accounts, but still has not made a decision about @realDonaldTrump.

"New Twitter policy is freedom of speech, but not freedom of reach," he tweeted, adding: "Negative/hate tweets will be max deboosted & demonetized, so no ads or other revenue to Twitter.

"You won't find the tweet unless you specifically seek it out, which is no different from the rest of the internet."

Some followers replied asking who and how "negative" and/or "hate" tweets would be defined.

The announcement also begged the question of how users would seek out individual tweets, although it presumably would involve utilizing Twitter's "Search Twitter" feature.

The perplexing new polices follow a 24-hour cycle in which many followers tweeted what they implied might be their last ones, amid reports that much of the social network's core operating staff had left, using hashtags like #Twittershutdown, #RIPtwitter, etc.

As the meme was peaking, Musk made what appeared to be a self-deprecating tweet: "How do you make a small fortune in social media? Start out with a large one."