Iger Returns To Disney: How Will He Navigate Advertising's Turbulent Future? 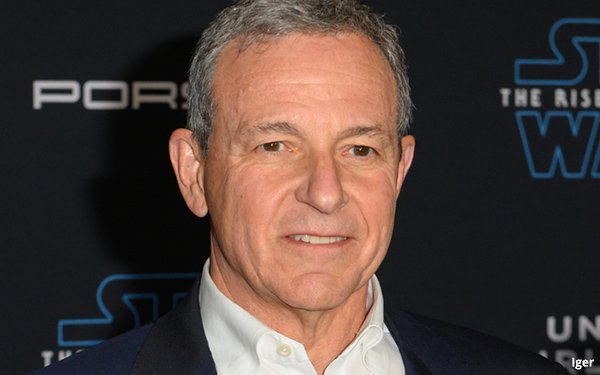 So what's the game plan now for Disney -- now that longtime market favorite Bob Iger is returning to Walt Disney -- amid a turbulent future and economic uncertainty?

Mounting streaming losses coupled with slow, painful decline in linear TV revenue is not a good formula for anyone to start a new job. Or to return to an old one.

Should Iger push on with efforts to boost streaming on all fonts -- shifting the focus away from linear TV, which still brings in a healthy revenue piece of Disney's business?

Worse still, what happens if a recession hits -- not just in terms of direct-to-consumer (D2C) and linear TV business, but with a resurgence in Disney Parks' business, which has been the company's lone bright spot?

Analysts guess some sacrifices may need to be made. Michael Morris, media analyst at Guggenheim Securities, suggested a major reversal, for example, with regard to Hulu -- divesting, rather than investing.

Does that mean Disney might sell off more of the Hulu business instead of buying more from its anticipated dealing with Comcast Corp?

One consideration might be to look at what the tough calls Warner Bros. Discovery's CEO David Zaslav is making -- pulling back on the voluminous amount of content that exists on HBO Max and/or discovery+ and monetizing it the old fashioned way: Selling programming/content to other platforms -- TV networks and/or CTV operations.

Walt Disney seemingly had the initial right approach to streaming -- offering consumers a “bundle” or sorts -- Disney+, Hulu, and ESPN+ -- to make consumers feel that they were, in a small way, replacing their traditional cable TV packages.

Disney's subscribers continue to grow decently. But that's not enough. Big, sprawling companies need to run, reflect, and change gears at the same time. Consumers may be still hesitant in streaming/CTV -- looking for more streaming choice, breadth of content, and at a cheaper price.

That's a big task for anyone -- even Bob Iger, who has had incredible success. Iger is only giving himself two years to stabilize things before handing it off to a new CEO. That’s not much time amid a questionable economy going forward.

What can Iger do about this? Not very much. Growth in streaming and linear TV still depends heavily on advertising. The current trend  is consumers want to spend less on monthly subscription fees--and let advertising support do the heavy lifting.

That is a difficult business workout -- full of more soreness and inflammation, coupled with a wilder Disney theme park ride full of lots of stomach distress along the way.

Sounds like a good Disney adventure movie. Do you know how the third act and finale goes?