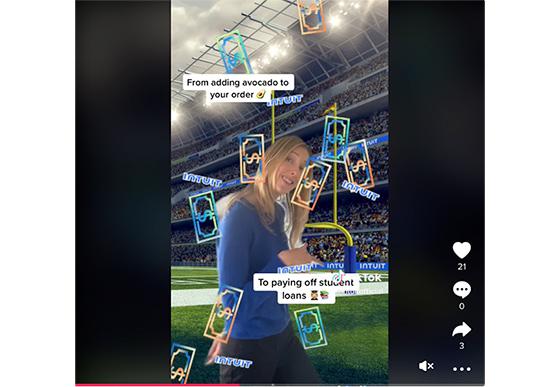 Intuit Mailchimp will be the National Football League (NFL) official sponsor for email marketing and automation, thanks to an expansion of the partnership between Intuit and the NFL and Intuit’s acquisition of Mailchimp.

As part of the NFL arrangement, which has been renewed through 2026, Intuit will continue as the financial and accounting sponsor of the league -- a slot it has held since 2019.

As part of this, Intuit TurboTax will serve as the presenting sponsor of the AFC and NFC division games and their championship contests for the 2022 NFL season. This will include  co-branded event logos, promotional materials, press backdrops, and custom in-game segments.

Intuit is partnering with NFL players to encourage fans to participate in setting financial goals and celebrating financial milestones.

Intuit QuickBooks will run a social campaign featuring NFL players, including NFL Running Back Austin Ekeler, to discuss the importance of having a game plan to succeed on the field and as a small-business owner.

Intuit is also inviting TikTok users to share their financial wins, using #IntuitTouchdownDance and a custom filter and song called “Let’s Get Into It.”

"We are thrilled to renew our partnership with Intuit and help our fans access the personal finance and small business tools they need throughout the year," says the NFL’s Senior Vice President of Sponsorship Tracie Rodburg.