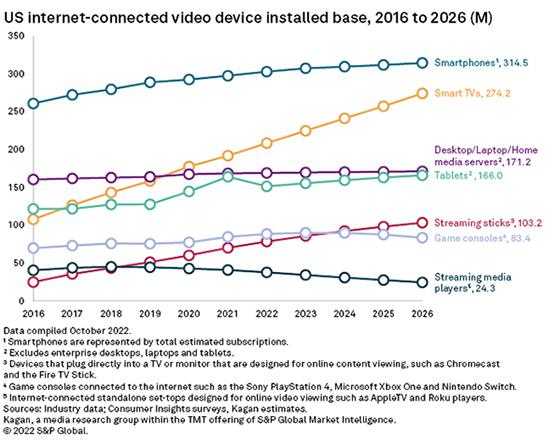 Connected video devices in the U.S. are expected to see slower growth to total 1.14 billion by 2026 -- up from 1.04 billion this year, according to S&P Global Market Intelligence, based on October 2022 research.

This is largely attributable to the slower growth of video-enabled mobile phones -- estimated to grow 1.1% to 314.5 million (in 2026), from 303.1 million this year. Overall, S&P projects devices per U.S. household will remain “relatively stable” -- at 8.5 devices per home.

Streaming video-enabled smart TV sets will continue to rise over the next four years -- with 7.4% growth on average, with set-top box streaming media players declining 9.8%.

At the same time, streaming media players, including Roku and Apple TV, will decline to 24.3 million from 37.6 million. 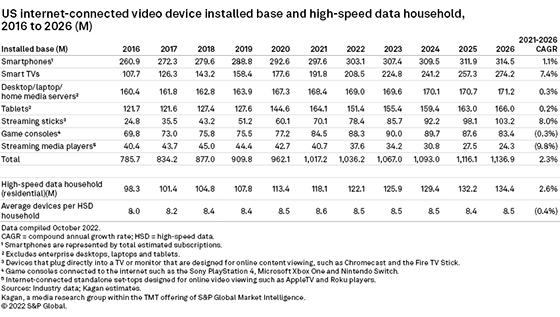