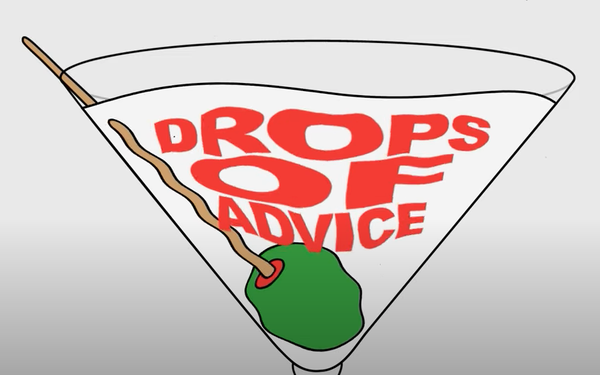 Diageo’s Smirnoff vodka brand has animated and real-life advice for imbibing alcohol during the holidays.

It’s served up in the form of six videos in a global campaign titled “Drops Of Advice” with the tagline “Be Wildly Responsible.”

The creative is the work of the Confidant agency in concert with New York-based Venezuelan animator Igor Bastidas, whose brand work includes Apple and Pepsi.

This video is a compilation of the six-part series in which viewers are told “Avoid Top Ups” at bars, “When Drinking, Food Is Your Friend” and “It’s Okay To Call It A Night,” among other advice for seasonal activities.

Each video ends with a suggested visit to DRINKIQ.com—where the content is anything but festive.

The website provides an interactive experience that conveys the experiences of non-animated, drunken drivers in various videos preceded by this caveat: “Warning: some people might find this content distressing.”

In one example, a man named David relates his experience following a night at a bar for a work event.

He ended up rolling his car over and into a drainage ditch filled with water.

Viewers can click on suggested questions for David and hear his on-camera responses.

“We are constantly looking at new and fresh ways to remind consumers about how critical it is to enjoy alcohol responsibly,” Ana Fitzgibbons, director of Diageo North America in Society, said in a news release.