Americans Ambivalent About Reinstating @realDonaldTrump, Most Believe He Will Tweet Again 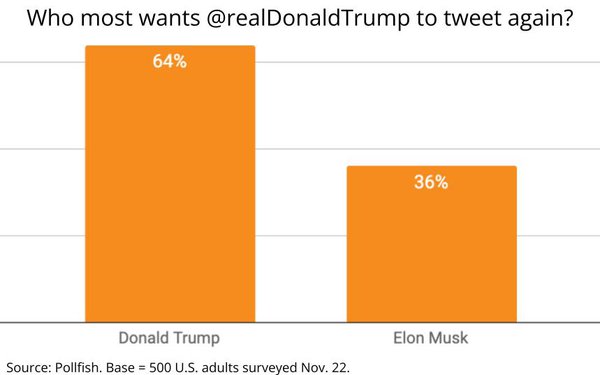 Average Americans are just as ambivalent as Elon Musk's Twitter followers about his decision to reinstate the platform's banned @realDonaldTrump account. Forty-four percent of U.S. adults surveyed by MediaPost via Pollfish Tuesday said it should not have been reinstated vs. 43% who said it was right to do it. Thirteen percent of Americans are not sure. 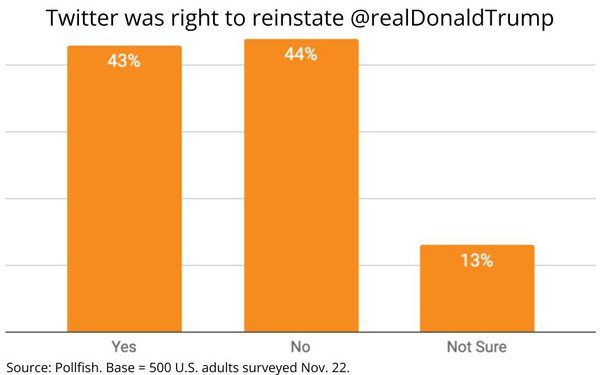 The findings correlate to a Twitter poll @elonmusk fielded Nov. 18, which he implied was the basis for his decision to reinstate the account. In his Twitter poll, 52% said "yes," while 48% said "no."

While @realDonaldTrump hasn't tweeted since Twitter originally banned the account following its role in the Jan. 6th 2021 insurrection, @elonmusk has been egging the twice impeached former president on in a series of meme-based tweets.

Asked who most wants the account to begin tweeting again, nearly two-thirds of Americans (64%) responding to Tuesday's Pollfish survey said "Donald Trump," while 36% said it is Musk. 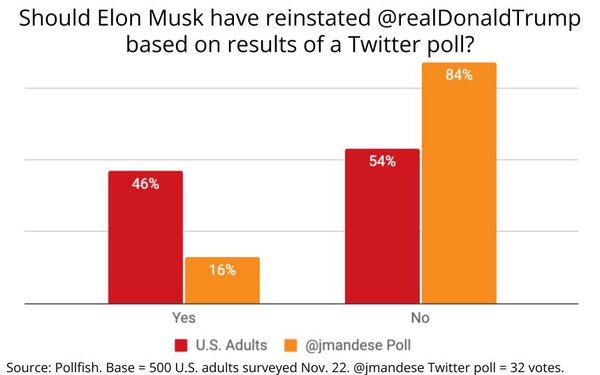