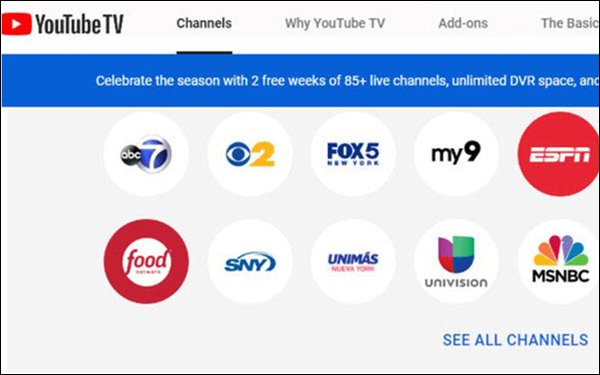 A group of YouTube TV subscribers has filed a proposed class action against The Walt Disney Company, alleging that Disney made anticompetitive deals with YouTube and other direct competitors in the livestreaming sector that have resulted in their YouTube TV subscription prices nearly doubling.

The overall impact has been that the prices of internet-delivered livestreaming services are now “nearly at parity with basic cable packages from traditional satellite and cable TV providers,” asserts the complaint.

The class action, filed on Friday in U.S. District Court in San Francisco by plaintiffs in California, Arizona, Indiana and Kentucky, charges that Disney has leveraged its ownership of Hulu, the country’s second-largest provider of streaming live pay television (SLPT), and ESPN — “the largest cost input to SLPT products in the United States” — to set a price floor and inflate prices across the market by raising prices on its own products.

The suit, which seeks to represent 5 million YouTube TV subscribers allegedly impacted, states that Disney’s carriage agreements contain language requiring that base or lowest-priced bundles offered by SLPTV providers must include ESPN, and that the agreements also include “most favored nation” (MFN) clauses that put upward price pressure on all livestreaming offerings.

”Since Disney acquired operational control over Hulu in May 2019, prices across the SLPTV Market, including for YouTube TV, have doubled,” states the lawsuit. “This dramatic, marketwide price inflation has been led by Disney’s own price hikes for Hulu + Live TV, and has directly tracked Disney’s competitor-by-competitor negotiation of new SLPTV carriage agreements over this time period.”

Disney’s carriage agreements specifically with Google-owned “co-conspirator” YouTube TV have resulted in a near-100% price hike for the platform’s base package, from $35 to $65, claim the plaintiffs.

The lawsuit points out that “during hard-nosed carriage agreement negotiations in late 2021,” YouTube TV “publicly stated that absent its agreement with Disney, it would provide an ESPN-less base plan at $15 less than it otherwise charged for its baseline product.” (See Dec. 2021 Digital News Dailycoverage.) YouTube TV restored access to ESPN and other Disney networks after Disney and Google reached a deal.

The lawsuit contends that "many consumers would prefer a base package that does not include ESPN and costs meaningfully less."

The plaintiffs are seeking a jury trial, a permanent injunction to “remedy the ongoing effects of Disney’s unlawful and anticompetitive conduct,”  and unspecified “actual and/or trebled” damages.

Disney and Google had not responded to press requests for comment as of early this morning.
disney, disney+, legal, live streaming, television, youtube
Next story loading