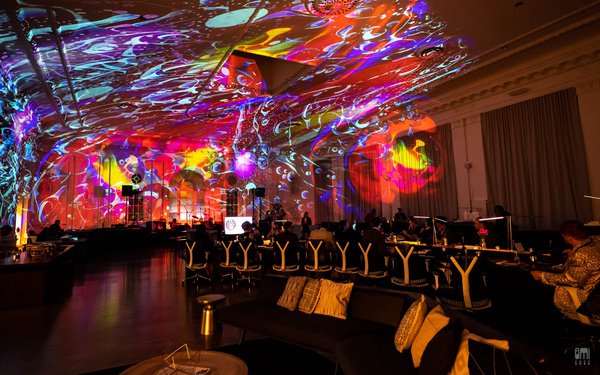 San Francisco-based ad agency Argonaut hosted a farewell bash last week at the city’s iconic Avalon Ballroom, which it has called home since 2013.

The party featured music by Big Brother and the Holding Company, the legacy band made famous by its late, former headliner Janis Joplin. Two of the original members of the band, who played with Joplin, were on hand at the event, along with a “liquid light show” from Mad Alchemy that lit up the space.

Many of the biggest acts from the 1960’s played at Avalon including The Doors, Steve Miller Band and The Grateful Dead. And of course, the Holding Company on numerous occasions.

The event, which entertained local guests and Argonaut employees, was “both a love letter to the San Francisco music scene and a unique way for the agency to celebrate its workplace culture and bid farewell to its historic home base,” a rep for the agency said.

The agency is headed for new digs at another iconic San Francisco structure: 140 New Montgomery, an art deco building that opened in 1924 to serve as headquarters for the Pacific Telephone and Telegraph Company, then part of the "Ma Bell" national landline telephone system.