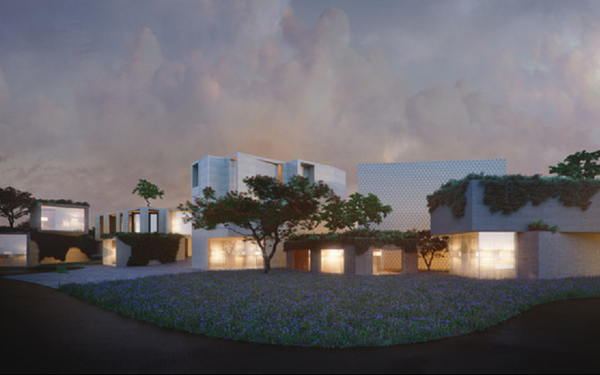 A new carbon absorbing building material—which its creators see as an alternative to concrete—was unveiled at the recent COP27 summit on climate change in Egypt.

It’s called Partanna. The branding and design were created by Revolt, the London-based branding consultancy that specializes in purpose-led businesses.

The firm says it devised the brand around a new purpose: ‘Building a World that Breathes,’ and positioned Partanna as the leading force in the creation of new ‘Gray’ carbon market.

The creation of the brand, visual identity and customer experience reimagines what the built environment means, says Alex Lewis, Co-Founder of Revolt.

“The world we continue to build is slowly suffocating us,” says Lewis. “With its nature-positive technology, Partanna reimagines the problem to become part of the solution. If Blue Carbon recognizes the role our seas play, and Green Carbon our plants, Partanna can be the pioneer for the carbon absorbed by our built world, Gray Carbon.”

Patanna is the brainchild of founders Rick Fox and Sam Marshall. Fox is an actor, producer and former NBA basketball player for Boston Celtics and Los Angeles Lakers. Marshall is the former owner and director of Marshall Projects, a Malibu, CA-based architectural and interior design firm.

The founders have both experienced the loss that climate change creates. Fox grew up in the Bahamas and witnessed the devastating housing crisis that emerged in the wake of Hurricane Dorian, and Marshall’s home was severely damaged following the Woolsey Fire in Malibu that destroyed over 1500 structures.

Partanna is made from sea brine and recycled steel byproducts that absorbs carbon and doesn’t release CO2 as it cures. As part of the so-called “circular economy,” it’s being positioned as a product that can help the construction industry reduce its 38% share of global CO2 emissions.

As part of the launch, the founders announced plans for the first housing community—in the Bahamas—utilizing the new material. It will be the first carbon negative housing project developed in the country.