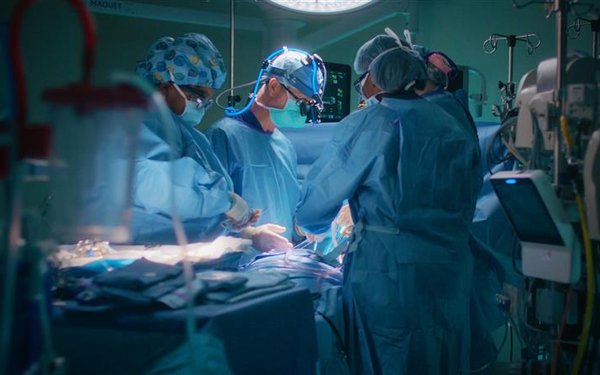 Colle McVoy created a new campaign for Children's Health, one of the largest pediatric health care providers in the U.S.

The centerpiecespot showcases the range of technology and care at Children's Health, illustrating both the expertise and human face of medicine for kids. The tagline is "Incredible. Together."

The musical background, the 1980s ballad "Total Eclipse of the Heart," a hit for Bonnie Tyler, is sung by a Dallas community choir.

There are also two 30-second spots "Big Heart" and "The Explorer" that feature patients and doctors interacting, underscoring the personal element in state-of-the-art medicine.

The spots, which target parents in the Dallas suburbs, will be broadcast in the Dallas/Fort Worth market and appear online.

In addition, the campaign is supported by social media, print and out-of-home.

"The anthem was meant to be an emotional stake in the ground — a collection of highs and lows that represent the full continuum of care Children’s Health provides on a daily basis," said Dustin Black, Colle McVoy ECD. "We wanted to recognize childhood as precious and fleeting, knowing it can change in an instant and show Children’s Health as a place where doubt is replaced with knowledge, and fear is replaced with hope."

"The campaign showcases the academic-backed innovations of Children’s Health – one of the true reasons to believe that sets them head and shoulders above the competition," he added. "These spots were inspired by stories of their most incredible innovations and were made even better by working directly with the Children’s Health team on the ground."