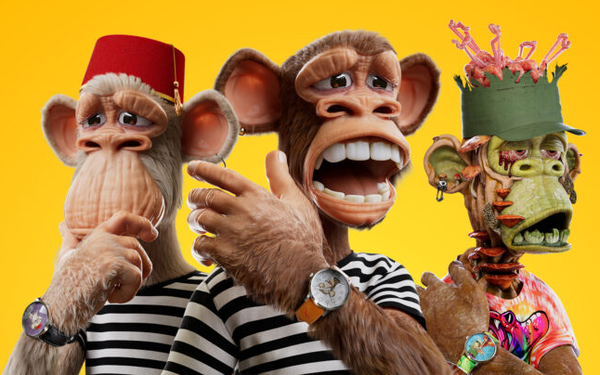 Timex has partnered with the BAYC community to release 500 timepieces that display an owner’s Bored Ape or Mutant NFT on the watch’s face, allowing buyers to choose between 40 customizable cases, straps, and unique etchings.

Pre-sales for Timepiece Forge Pass NFTs began on December 2nd at an invite-only launch party during Art Basel in Miami, furthering the reputation of BAYC for exclusive creations.

Josh Ong, a long-time BAYC member and co-founder of consulting agency and NFT fund Bored Room Venture, said the exclusive timepieces will be prized by collectors for the experience and features they offer, from "customizing the digital collectible and unboxing the physical watch to flexing at Ape Fest."

The rare watches are available for purchase from now until December 31st for a price of 2 ETH, or about $2,500. Around mid-December, owners of the Forge Pass, which is used to validate the watch’s authenticity, will be able to design their custom watch on Timex’s website.

Each physical watch, which Timex says will be individually produced and shipped beginning in Q1 of 2023, will be paired with an identical digital NFT version in addition to the Forge Pass NFT.

“Timex is entering Web3 by keeping creativity and community at the forefront,” said Shari Fabiani, Timex Group’s senior vice president of global marketing and creative services. “We are redefining and pushing the boundaries of physical, virtual, and now physical products.”

The release of its new NFT comes one month after Timex released a branded challenge in the popular metaverse game Fortnite, referring to itself as “timekeepers of the metaverse.”