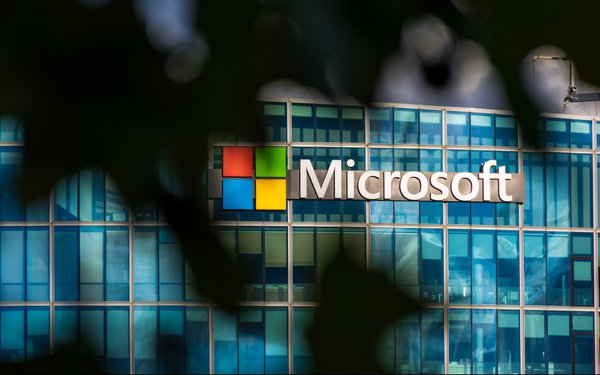 The company earned an adjusted $2.32 a share on sales of $52.7 billion in the December quarter.

Although it was the first drop in earnings for Microsoft in five years -- since the December quarter of 2017 -- Microsoft's Azure infrastructure and other cloud computing services posted higher-than-expected growth for the quarter.

Microsoft Cloud revenue came in at $27.1 billion, up 22% year-over-year, as the company’s commercial offerings continue to drive value.

Of Microsoft's three business segments, Intelligent Cloud ranked as a top performer. Revenue in the segment rose 18% year-over-year to $21.5 billion. The unit includes server products and cloud services such as Azure.

“The next major wave of computing is being born, as the Microsoft Cloud turns the world’s most advanced AI models into a new computing platform,” Microsoft CEO Satya Nadella said in a statement. “We are committed to helping our customers use our platforms and tools to do more with less today and innovate for the future in the new era of AI.”

Andrew Frank, vice president of research at Gartner, told Search & Performance Marketing Daily on Monday that the technology -- generative AI -- is “broadly becoming a resource to marketers to create ads and experiences and other assets, and it signals a new wave of competition in the provisioning in the services that advertisers buy from search engines and publishers.”

Frank said there is a new “arms race” on for the next generation for consumer resources that draw sponsors and advertisers because they attract consumers.

Microsoft Azure and other cloud services posted revenue growth of 31%, and the Productivity and Business Processes unit saw sales rise 7% to $17 billion. The division includes Office productivity software as well as the Dynamics and the LinkedIn businesses.

Microsoft also reported it would incur $800 million in severance expenses from the 10,000 layoffs announced this month, and charges from changes to its hardware products.

The company also said it will continue to add staff and invest in growth areas such as cloud computing and artificial intelligence.

On Monday, the company announced a new investment in artificial intelligence startup OpenAI, which built ChatGPT and image generator Dall-E.